I’m going to delay commentary momentarily.  I want you, dear readers, to see if you can find what’s wrong HERE: 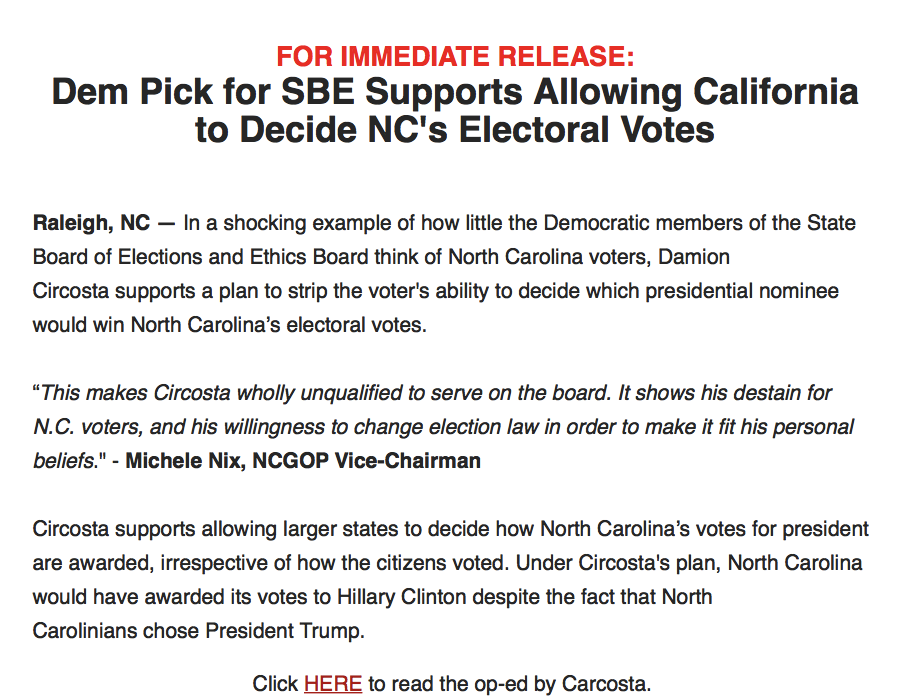 In one press release, the NCGOP Communications team has managed to offer TWO DIFFERENT spellings of their target’s last name and a butchering of his first name.  (For the record, it’s DAMON CIRCOSTA.)

Next, check out the quote from Michele Nix in the second paragraph.  They gave us THIS: 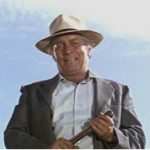 I don’t mean to be such a spelling and grammar nerd.  But, in formal business communications, it tears the hell out of your credibility to (1)botch someone’s name and (2) confuse a biology term with a well-known, commonly-used noun and verb.

Oh, and while we’re on the subject of the new Elections and Ethics board —  I found it interesting that the GOPe was falling all over itself to install one Burley Mitchell on the board.  Yes, we’re talking about the former Supreme Court justice and Jim Hunt consigliere.

Mitchell, I’m told, recently switched his party registration from Democrat to unaffiliated.  (According to state elections records — with the exception of the March 2016 primary — Mitchell has voted in nothing but Democrat primaries.)

We’ve got Jay DeLancy, with the Voter Integrity Project, out there doing yeoman’s work.  Yet, the GOPe decides to rally, unsuccessfully, behind a Jim Hunt crony.

And another thing — WHY are the Dems having a say in who the GOP installs on this board? HOW is this an improvement over the old system the majority on Jones Street fought, and sued, so hard to replace?

8 thoughts on “#ncpol: “What we’ve got here is a failure to communicate!””