Robeson County is one of the most diehard Democrat counties in the state.  Republican presidential, gubernatorial, legislative and congressional candidates regularly get their feelings hurt there at election time.  But that has changed dramatically in recent years. Especially in November 2016.

I know a little bit about the place.  It’s home. I’ve got deep roots on both sides of my family there. I spent five years there as a driveby covering the politics and courthouse beat.

The place is still dominated by Chicago-style political machines.  You have powerful community figures who control massive voter blocs.  (My late grandfather was a powerful machine boss for the Democrats there from the 50s through the 90s.)

You can actually get the election results for the county by talking to the, um, “right people” the night before election day.  (Folks used to watch the signs in my grandpa’s front yard like they watch for colored smoke in Vatican Square when a new pope is being chosen.  As a candidate in the county, getting your yard sign in grandpa’s yard was tantamount to victory on primary day.) 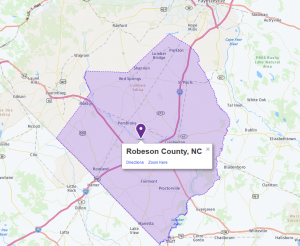 In 2016, the county got a GOP state senator AND another GOP state representative.   Richard Burr, Pat McCrory, and Donald Trump all carried the county in November — the first time that has EVER happened for the top level of a GOP ticket.  (Dan Forest had a close loss there.  Of course, he had the disadvantage of a minority opponent and a majority-minority electorate.)

Was it the handiwork of Dallas and his grandpa?  Nope.  Friends I talked to down there said they couldn’t get Chairman Hayes to show his face locally.  Dallas begrudgingly showed his face at the county party convention.

Well, what did it?  My friends and contacts tell me there were a number of things in play.  The aftermath of Hurricane Matthew left a number of the Democrat machines in disarray.  Their usual ‘A-game’ was not available.

Social issues were big.  Immigration — and Donald Trump’s focus on it — was big on the brains of voters.   NAFTA had sent tons of jobs out of the county and overseas.  Meanwhile, the county is being swarmed with newcomers who no habla inglés  and readily displace natives in what low-skill jobs are left.

So was the so-called ‘Bathroom bill.”  While the Raleigh crowd was quaking in its boots over it. a lot of poor and minority voters were looking upon Pat McCrory admirably for defending the bill.  In case you haven’t noticed, church is very important in a lot of poor and minority communties across the state.  (THAT is why leftists work so hard to corrupt people like Bill Barber,).

Locals also tell me that Burr, McCrory, and the Jones Street cabal all worked out some sweetheart backroom deals with some of the Indian political bosses in the county.  THAT can explain SOME of the GOP success, too.

The marriage amendment to the state constitution AND HB2 were both very popular in Robeson County.  It’s clear they both earned some votes FOR Republicans that usually would have ended up in the Democrat column.

One thought on “#ncpol: The Lesson of Robeson County”