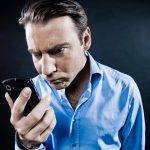 As we rapidly approach the end of the candidate filing period, the action is getting fast and furious.  Dallas Woodhouse, Disney’s latest cartoon character,  has been burning up the phone lines begging ANYBODY, ANYBODY to file.   After we broke that story,  NCGOP vice chairman Michele Nix started calling around.

This got us concerned.  Where was chairman Grandpa?  (Was it time to issue a Silver Alert?)

But, never fear.  Someone helped Grandpa take the texting route to put the cherry on top of Dallas and Michele’s work: 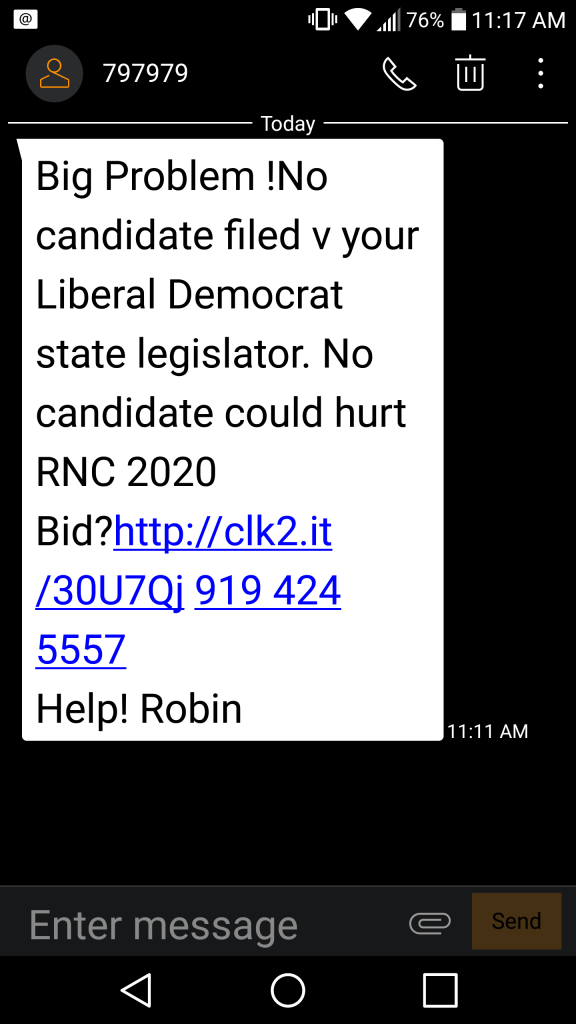 Well, all of this apparently got state Democrat HQ to appeal to NC attorney general Josh Stein to inquire as to whether state laws on spamming or cold / robots-calling were violated by any of this.