My friends, we learned that state (and state senate candidate) Rep. Bob Steinburg got paid $50,000 by Currituck County to promote an NCAA basketball tournament in Asheville over the Thanksgiving holiday.

Here’s what we learned about the payments to Steinburg from the county:

[…] Scanlon said Steinburg’s request went through Currituck’s tourism board, and Currituck vetted his proposal as it would any other. That included review by County Attorney Ike McRee, based on an “action history” Currituck provided with the contract.[…]

There’s a potential problem with that approach.  The rules the tourism board has in place for applicants to qualify for funding:

[… ] In order to be eligible for funding, the event must be held in Currituck County and the majority of attendees must be from outside of the County. […]

Steinburg’s proposed event is slated to happen IN ASHEVILLE.  On the other side of the state. IN BUNCOMBE COUNTY.

If you take a look at the proposal Steinburg’s LLC presented to Currituck County, you find a few more problems:

In exchange for this sponsorship, WolfeStein agrees to provide SPONSOR with the following:

Title naming rights to the event:

CURRITUCK.COM BATTLE IN THE BLUE RIDGE

Any time the tournament is mentioned ( television, radio, public address etc.) it will be referred to as the CURRITUCK.COM BATTLE IN THE BLUE RIDGE.[…]

Proposed tourney participant UNCW released its 2018-2019 basketball schedule to its local driveby media.  The schedule IDs games against the other three proposed teams, but does not mention the full name of the tournament.

[…] Full event name will appear on logo specifically designed for the event. SPONSOR will have right to approve logo.

SPONSOR titled logo will be at center court as well as on both basket paddings.

Two “Sponsor” logos will be located on each side of the court facing seating.

commercial, SPONSOR website still frames, and SPONSOR titled logo running on a loop beginning 1 hour prior to game time and running constantly until 15 minutes after the final game each day.

Any event gameday or souvenir program, pamphlets, or booklets will include the SPONSOR titled event logo on the cover, as well as a full- page advertisement for SPONSOR on the inside cover.

Facility will run SPONSOR titled event advertisement on a loop (6am- 12am) on outdoor jumbo marquee daily for no less than 6 months prior to event.[…]

Here we are FOUR months in front of the proposed tournament.  The US Cellular Center does not advertise Steinburg’s tournament on its website.  It’s not even mentioned on the Center’s calendar of upcoming events. So, I doubt it is being run on the outdoor jumbotron.

SPONSOR will have option to set up advertising tables/booths in the venue during all 3 days of event.

WolfeStein will promote SPONSOR titled event for 8- 10 months ( should be specific) prior to event by the following means:

A web page is up.  We can’t find a Facebook page for the tournament.  Here is the only mention of the tourney a Facebook search produced:

networks so that they may tweet, post to other forms of social media, mention in broadcasts etc. 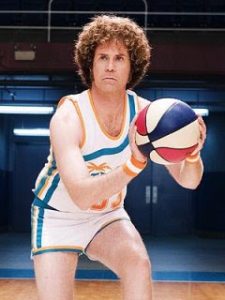 Sports) to air any or all of the event contests, and at the very least, show

highlights on their newscast.

Promote to all local, statewide, and participant’ s home television networks for coverage ( including footage) during their newscast.

[…] Include SPONSOR commercial link to website and all forms of social media.

As part of the contract with venue, venue has agreed to promote event through Ticketron, US Cellular Center Website, US Cellular newsletter.

Again, it’s NOT on the US Cellular Center website (as of today).

For what it’s worth, Currituck has already paid out the entire $50K to Steinburg.  (Here are the invoices.)