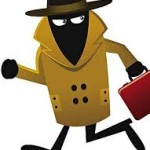 Remember The Haywood Five?  The guys from Haywood County the NCGOP hierarchy wanted to excommunicate?

In their latest filing, they include a document, purportedly crafted by Stark, that — if authentic — should send a chill up the spine of all North Carolina Republican activists.  Here it is: 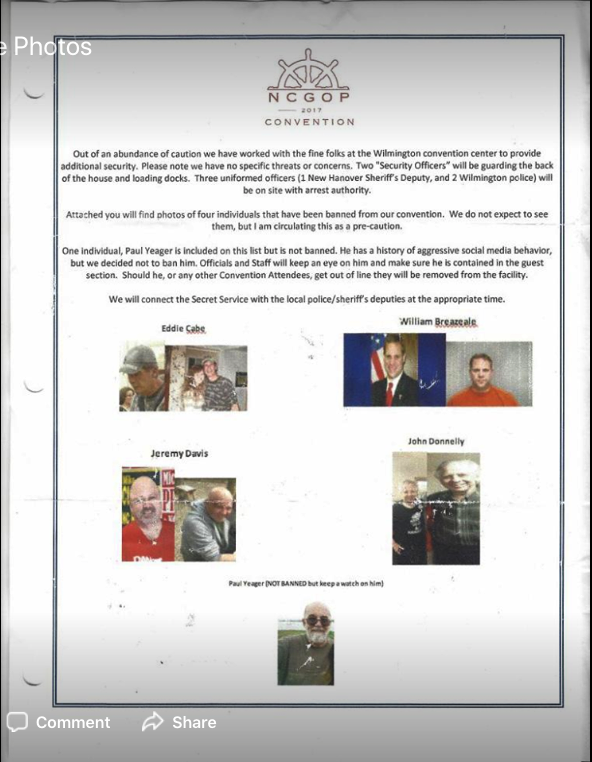 “Aggressive social media behavior” warrants ramping up security and calling in The Secret Service? I can see that

if there had been threats of physical violence.  But no one has produced any evidence that any of these guys have done anything like that.

And Paul Yeager?  “NOT BANNED but keep a watch on him”?  (WTH?)  Paul is most famous for being an outspoken defender of Hasan Harnett, the duly elected party chairman ousted by the junta currently running things on Hillsborough Street.  Is that worth Secret Service attention nowadays?

Jeremy Davis is best known for posting some memes on Facebook that offended some GOpe types.  Remember the “I got you, babe” hubbub?