We got an emotional, somewhat heartfelt apology from Dallas Woodhouse some time back for using his party position to favor one candidate over others in a primary.  He PROMISED he learned his lesson and would not do it again.  Yet, he did it again.  And apparently, he’s done it ONE MORE TIME: 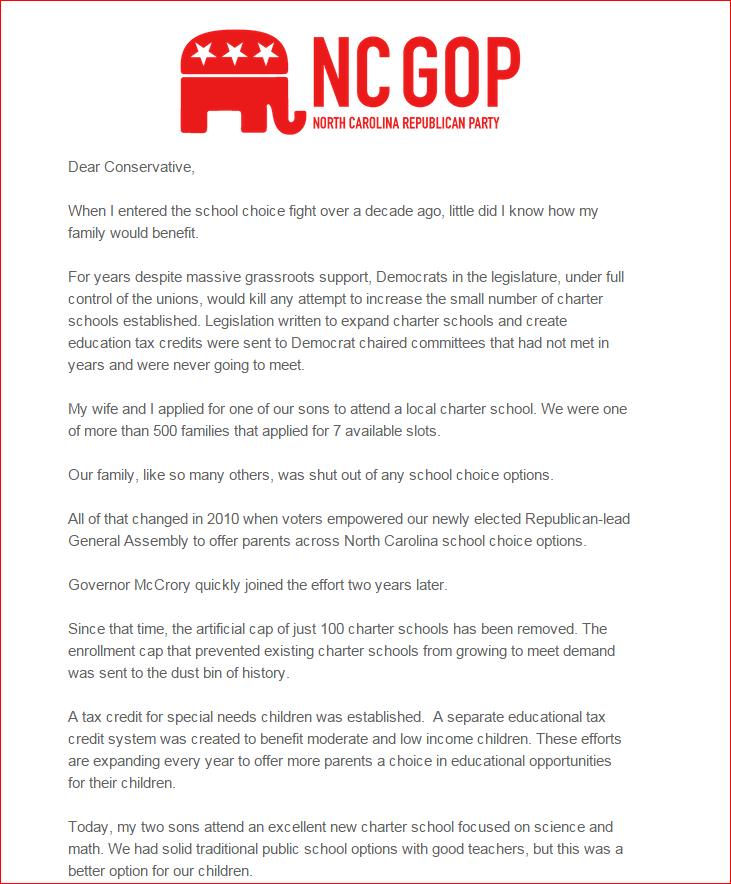 If the first part of the letter hasn’t caused you to lose your lunch, brace yourself for the grand finale: 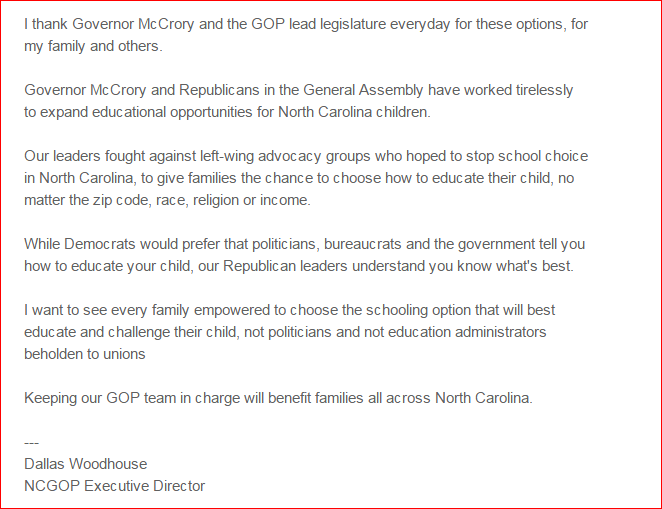 The LAST TIME I checked, Pat McCrory does not have floor privileges or a vote in either chamber on Jones Street. It IS interesting that the man is being given credit for something pushed through by the veto-proof GOP majority.

I guess Dallas is feeling extra comfortable and cocky.  The chanting, David-worshiping fools in NCGOP leadership gave Dallas a vote of confidence a few weeks back despite: (1) failing to live up to fundraising promises, (2) various PR mishaps, (3) allegations of campaigning in primaries in violation of party bylaws, and (4) the spectre of an IRS probe over his role in Carolina Rising.

Hell, Dallas could probably kick puppies and run over some old ladies and STILL get wet kisses from Joyce Cotten and that Zan person.

The electorate is screaming for results. And here Woodhouse is promoting individuals and the letter ‘R.’