I don’t know about you.  But it boils my blood to see stuff — that,if it disappeared, NOBODY would notice — get routinely funded with our tax dollars.  For instance, about half of the stuff under the jurisdiction of the state Department of Administration.

The NC Department of Public Instruction is another good example.  The “Pink Palace” is loaded with teacher union types who have little to no contact with the kids in the classroom.  Yet, they’re making micro- decisions like how many buses each county and school gets. DPI is more like a 1000 lbs. weight on the shoulders of local teachers than a benefit or asset.

The rookie Republican superintendent at DPI, Mark Johnson, is stepping up — maybe not so willingly — to make tough calls regarding his agency.  And the political class and its echo chamber in the driveby media are not pleased:

Layoff notices were given Friday to 40 employees at the state Department of Public Instruction — including several who work with North Carolina’s low-performing schools — to help meet a $5.1 million budget cut ordered by state lawmakers. 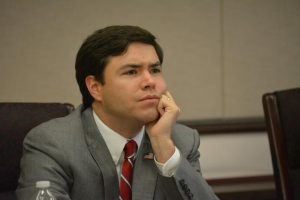 Most of the cuts were in Educator Support Services, a division that helps low-performing schools and districts, and in the Information Technology Division. In addition to the 40 layoffs, 21 vacant positions were eliminated, according to State Schools Superintendent Mark Johnson.

“Today, we implemented the budget reductions required by law for the 2018-19 fiscal year,” Johnson said in a written statement. “The plan we developed, drafted by members of the DPI leadership team with the understanding and support of the State Board of Education, was informed by the recommendations contained in the third-party operational review of the agency completed earlier this year by Ernst & Young (EY).”

This is the second year in a row that cuts have been made to divisions that work with low-performing schools. Several employees in that division were fired last year as part of a $3.2 million cut ordered by state lawmakers.[…]

The GOP has allegedly been ALL FOR decreased Raleigh-centric

bureaucratic control and increased local control of public education.  Now, we have action toward that goal.

[…] These cuts will hurt the schools that need the help the most, according to Keith Poston, president and executive director of the Public School Forum of North Carolina. He said that DPI has done a good job of helping to transform challenging schools.

“The cuts announced today fall disproportionately on the professionals who are supporting our low-performing and most challenging schools,” Poston said. “It’s exactly the opposite of what we should be doing.”[…]

Remember this Poston guy?  He’s the genius who tried to tie voter ID to trannies in the ladies room. He’s a Democrat Party hack who once ran communications for the state prison system.  Now, some non-profit with the word SCHOOL in the title has hired him and he’s a freakin’ EDUCATION EXPERT.

[…] In addition to the $3.2 million cut that was part of last year’s state budget, legislators also built in a $5.1 million cut for this year.

Johnson and the state board had unsuccessfully asked lawmakers to delay this year’s budget cuts. They said that the cuts would impact their ability to implement the changes to DPI recommended in the Ernst & Young audit.

Instead of rescinding the cuts, legislators provided $3 million in this year’s state budget to help pay for severance payments.[…]

*GIGGLE.* Wow, just WOW.  Now, if we could only get this type of action against solar subsidies.  (Fat chance.  The solar goons pay better than the teachers union.)

Legislators restricted where the cuts could be made, exempting programs they support such as the Office of Charter Schools and the Innovative School District, a new program where the state has taken over a low-performing school in Robeson County. 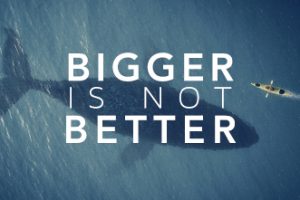 “The General Assembly carved out their school choice sacred cows and let the ax fall on support for low-performing schools.,” Poston said.

Johnson said they’d deal with the cuts to Educator Support Services by implementing the audit recommendations to move to a regional support structure. He said DPI will change the way it provides support to low-performing schools and districts.

Johnson said the other layoffs would help DPI follow the audit recommendations to centralize its IT responsibilities and to outsource the rest to vendors or to the N.C. Department of Information Technology.

“I support the decisions we made, but we did not make them lightly,” Johnson said. “I thank all the affected employees for their hard work in support of our public schools. Each will have the option to receive transition assistance, and we are adamant about helping each affected employee who wants our help to find new employment.” […]

ANYONE who thinks DPI has made a whit of difference regarding “low-performing” schools needs their head examined.  The definition of insanity is doing the same thing over and over again, expecting a different result each time.

If you’re serious about our kids competing with their peers around the world, something has got to give.