Rob Christensen, that irascible leftist coot who inspired the title character in “Weekend at

Bernie’s”, is back again showing his utter lack of comprehension of basic math and economic principles:

For most of the 20th century, North Carolina’s income tax operated on a simple principle – that the bank president should pay at a higher rate than the bank teller.

But the Republican legislature, in 2013, changed the tax laws so that everyone pays income taxes at the same rate – a modified flat tax.

Now the GOP-led legislature – in a move being pushed by Americans for Prosperity, an anti-tax group started by the Koch brothers – is considering enshrining the change in the state Constitution.[…]

Just like a good statist: fanning the flames of class hatred instead of showing concern about the bills getting paid and people getting served.

Why is Rob so worried about what the state constitution says?  He and his comrades have dismissed it outright in this whole HB2 kerfluffle.

[…] That would lock future legislatures into taxing the wealthy and working people at the same rate, unless they were to re-create a graduated income tax by establishing some lower rates. 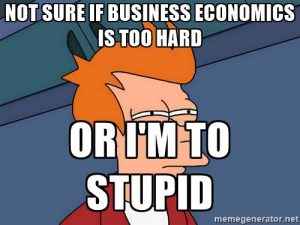 Raising the standard deduction can also benefit lower-income taxpayers. The Republican legislature has done that, too – while also eliminating the earned-income tax credit for the working poor.

He neglects to mention that the EITC was giving people who paid NO TAXES — even illegal aliens — cash back from the government.  A great giveaway of other people’s money to benefit liberal pols.  But bad for the country. (And certainly not FAIR.)

North Carolina’s modern income tax has been in place since 1921. The 1919 legislature created the tax system with state income and corporate taxes funding state government, property taxes funding local governments, and a new Department of Revenue to administer and enforce the system. The changes were approved by the voters in a constitutional amendment passed in 1920.

Like the federal income tax, the state income tax was progressive, with rates ranging from 3.6 percent to 7 percent depending on how much a person earned. In later years, tax brackets were added for high-income earners with rates as high as 7.75 percent. The top rate was temporarily increased to 8.25 percent during the economic downturn at the beginning of this century.

The rationale behind a progressive income tax is that those who can afford to pay a greater share of their income should do so, and that democratic societies work better when there is not sharp income inequality and there is a vibrant middle class.[…]

Disciples of Karl Marx believe THAT.  (You know, that whole beating people down thing so they are all just as poor and struggling — no matter how hard they work.)

[…] That was North Carolina’s political philosophy through 18 governors and 46 legislatures. That is also the way the U.S. tax code works, as well as most states.

But the progressive income tax never was popular with some of the wealthy, who resented paying higher rates. In addition, some critics argued it was bad policy, saying it deprived high earners of money even though they are responsible for most of the investing, risk-taking and entrepreneurship.

With the election of a conservative Republican legislature in 2010, the GOP lawmakers sought to rewrite the tax code.

They essentially ditched the progressive income tax – which by then had three levels of 6 percent, 7 percent and 7.75 percent – and replaced it with a single rate of 5.499 percent.

Any loss of revenue was made up by the legislature by expanding the services covered by the sales tax – what economists call a regressive tax because the banker and his teller pay the same amount for whatever is bought, taking a greater portion of the teller’s income.

Five percent of $100,000 is STILL more than five percent of $30,000.  Tax revenue is a lot like revenue cycles experienced by retailers.  Any convenience store owner knows that if you cut unit prices on any of your goods, the volume of those goods you move goes UP.

Time and again it has been shown that, if you cut tax rates, overall tax revenue RISES.  People are less likely to sit on their money or hide it in tax shelters when they are not facing punitive tax rates.    THAT is one of the reasons state government is currently looking at a surplus.

2 thoughts on “#ncpol: At The N&O, numbers and economics stuff is HARD!”