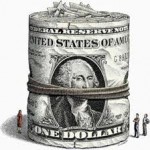 WBTV out of Charlotte has a heck of an interesting graphic.  They’ve broken down the latest fundraising totals for the two major candidates for governor, county-by-county. If the map on the linked page has any correlation to standing in the polls, Team McCrory really has its work cut out for it.   Here are some of the more interesting things they found:

Judging by the map, Mccrory’s fundraising appears to be showing some strength in sections of The Sandhills and southeastern North Carolina, as well as in the usual hotspots of western North Carolina.  Cooper is gobbling up a lot of cash in the liberal Meccas of The Triangle and is taking it to the governor in his home county.   The AG has got a pretty balanced fundraising routine — raking in nice dollars in all four corners of the state.  There’s still a lot of time, though.