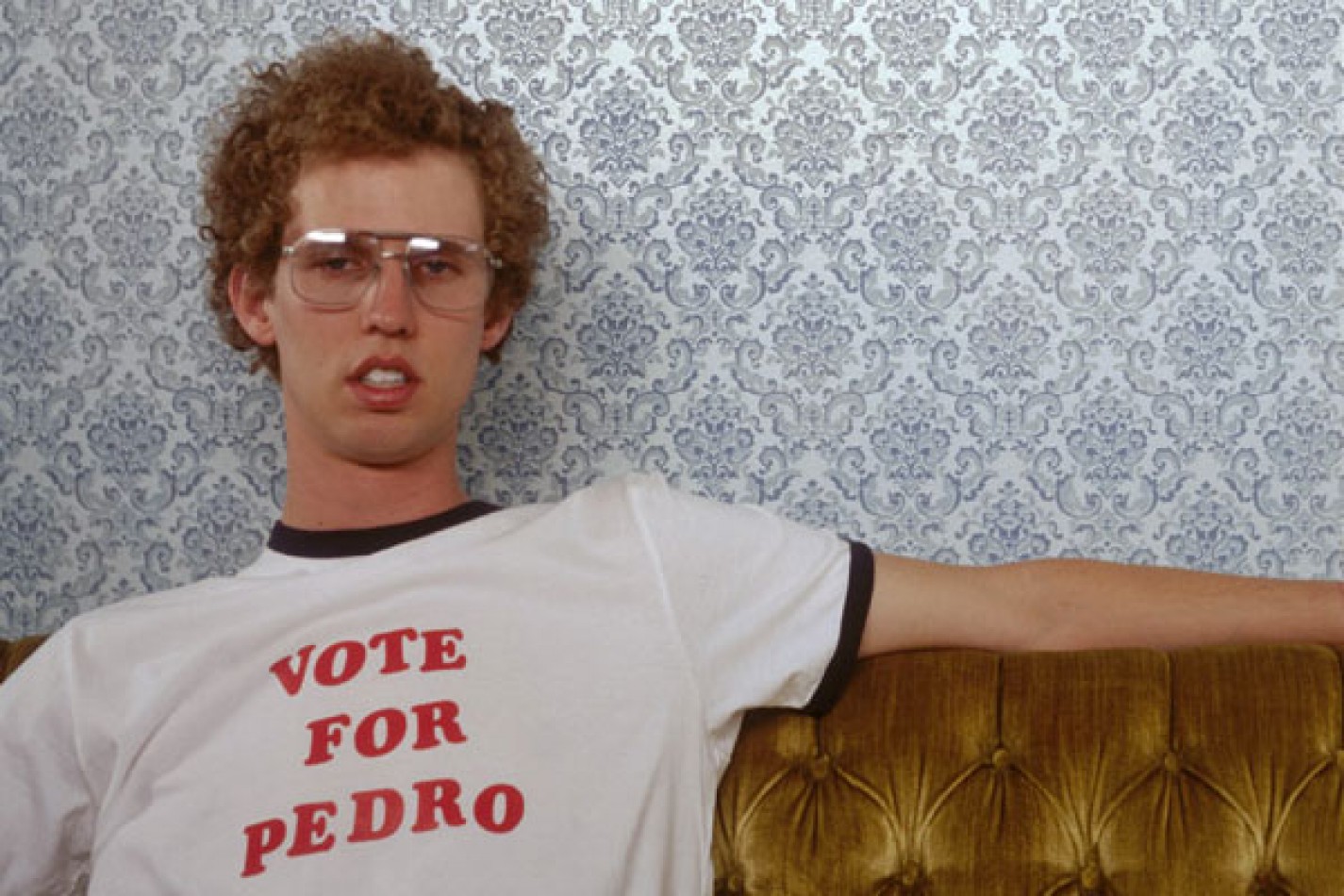 Dallas better watch his back.  He’s got some competition in the never-ending race to embarrass the NCGOP. 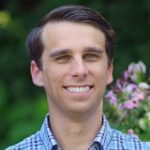 And that new competitor is none other than  young Patrick Sebastian  —  best known, and really ONLY known, for being former Governor Pat McCrory’s nephew.

Young Patrick is starting to get more and more airtime that you used to expect to see Dallas Woodhouse filling.  And from what we’ve seen so far of Patrick’s on-air performances, our debates here at Haymaker HQ over just how many times Mr. Sebastian was dropped on his head as a child will only intensify.

Lately,  young Patrick has been following around Democrat campaign pro Brad Crone like a puppy.  The two are popping up together a lot.  Every time you turn around, Patrick is giving Brad props on social media.

Now, I don’t know how often young Patrick is exposed to top-secret /classified / eyes-only campaign strategy and meetings and so forth, but it would make me uncomfortable as a Republican candidate or operative to have someone so starstruck with one of the Democrats’ top hired guns so in-the-know about what’s happening on OUR side.  (*Monsieur Crone miiiiiiiiight go tell the Democrats what he learned from hanging with lil’ Pat.  Just a thought.*)

I guess it was only appropriate to have this blooming, yet ghastly political “love” story show up on The Valentine’s Day edition of Tim Boyum’s  “Capital Tonight” program.   Tim had Brad and Patrick on to opine about the upcoming 2020 races. 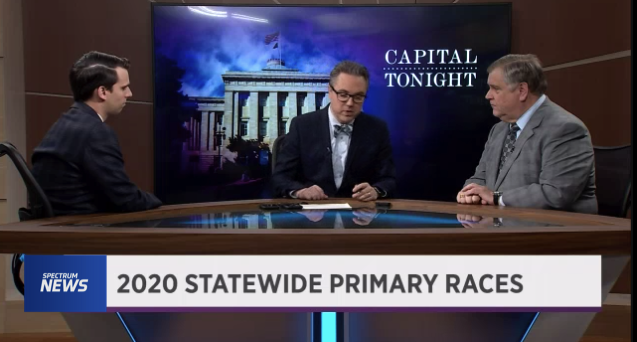 At the risk of making young Patrick feel jealous and threatened, I too have considerable respect for Crone as a political pro.  The guy is very plugged in and appears to read the tea leaves quite well.  (Full disclosure:  I did have to editorially smack him a few years back for his part in some dirty tricks in a Republican primary here in Moore County.)  Even though he’s on the other side, he’s someone you need to pay attention to and take seriously.

Back to Boyum’s show.  Tim asked about the US Senate race involving Thom Tillis.  Crone mentioned the slew of Democrat fourth-tier also-rans already out there.  He did add that state senator Jeff Jackson (D-Mecklenburg) is being wooed by DC Democrats.  (I foresaw Jackson as a potential threat for a higher office quite a while back.  Even though I can’t stand him, he has political qualities and talents that are too big for the North Carolina Senate.)

Things got fun when Boyum asked Sebastian about the GOP side.  Here’s what our ‘Boy Wonder’ had to offer up:

“I think senator Tillis will be nearly impossible to beat in a Republican primary. There’s not much you can say about senator Tillis detrimental to Republican voters.  What can you say?  That he pushes through too many conservative judges?”[…]

Like Raleigh’s Tom Farr?  Tilli$$$ came out with a weak op-ed on Farr after we’d spent a few weeks  beating on him for nominating Farr, and then leaving him twisting in the wind for The Round Rev to beat on like a piñata. (Sources say The Round Rev was disappointed when  no candy fell out of Farr.)

Farr still can’t get a floor vote in the GOP-controlled Senate.

[…]”That his constituent services are too responsive? That he votes with President Trump too much?”

Votes WITH TRUMP?  Surely, he’s not talking about all Thom has done to defend amnesty for illegals and hamstring efforts to build a border wall.  His blocking of Trump nominees.  Or his basic instinct to JUMP when Mitch McConnell says JUMP?

Crone had a great comeback to Sebastian’s cracks about the “impossible” task of defeating  Tili$ and mockery of the Democrat field thus far:

[…]”Back in 2008, the Republicans sure weren’t worried about that little state senator from Guilford — Kay Hagan — were they?”[…]

Conservative Review has regularly pegged Tilli$ with a  conservative rating in the 35-37% range.  (To the left of Burr, people.)  Lindsey Graham (R) of South Carolina gets a 29% rating.  Utah’s Mike Lee (R) is rated 98% while Nebraska’s Ben Sasse (R) is rated 91 percent.  Rand Paul gets 90 percent, while Ted Cruz is at a surprising 82%.

Let’s take a look at ThomT’s political prowess.  People HAAAAAAAAAAAATE the guy.   And I’m just talking about his own party.  (Notice how few people — if any — seek his endorsement in their own races?)

He won the crowded May 2014 primary with 45.7 percent of the vote.  He barely slipped past the horridly incompetent Kay Hagan in November 2014 with 48.8 percent of the vote.   (And that was thanks, pretty much, to a prevailing sentiment that “Hey, the witch from Greensboro has to go.  We gotta play with the cards we’ve been dealt.”)

Tilli$ has not seen 50 percent of the vote during his Senate career.  It’s fair to say right now that 35-40% of the GOP primary electorate would vote for Satan if he filed against Tilli$.  It’s probably about the same overall percentage when you add Democrats and unaffiliateds into a general election scenario.  If you start off with 35-40% by simply filing, I wouldn’t quite describe it as an “impossible” task.

In January, polling showed Tilli$ with a  36% favorable rating.  What ol’ Thom DOES have going for him are his innate instincts as a political whore.  The guy will say or do anything for a dollar.

One of Thom’s former neighbors in  Mecklenburg County once joked with me: “If you want Thom to come over to your House, just tape a $50 bill to the front door. He’ll be there in a flash. We’re talking light speed.”

Thom Tillis’s principles are determined by what the guy who puts the last check in his hands wants HANDLED.

Combine THAT “fundraising prowess” with the 33% of voters who DON’T KNOW HIM  after four years in the Senate and eight years in the state House.  All that special interest money he’s collected can be used to paint Tilli$ as the next Donald Trump or,um, *Bill Brawley* for the benefit of that low-info 33 percent.

Lil’ Patrick — for all his huff and guff about six more years of ThomT being inevitable and a foregone conclusion – sure took time  to bash Garland Tucker, the Raleigh businessman reportedly eyeing a primary challenge to Tilli$:

“[..Tucker]  had an op-ed where he said President Trump was his absolute last choice for president.  I’m sure that will come back up.”

(That’s not exactly what Tucker said.)  Thom was with Marco Rubio — just like all the rest of his establishment whore pals — until the very end.  He and Miss Suzie followed Trump and Melania all over the convention in Cleveland  like lovesick puppies trying to get noticed.  Since that time, Tilli$ has worked overtime to screw President Trump’s efforts to secure the border and get the nation’s economic house in order.

We’re going to get bombarded with bull-crap for the next year as the DC establishment tries to convince us to sign up for six more years of Thom.  (Kinda like those horrible cable TV people peppering you with mailers, emails, and phone calls touting “deals.”)

If you spend your time lying to and scamming people who think you’re here to “help,”  karma often comes back to bite you like a pit-bull on a meter-reader’s leg.

Just keep in mind that people get divorced all the time. And fired.  And indicted.