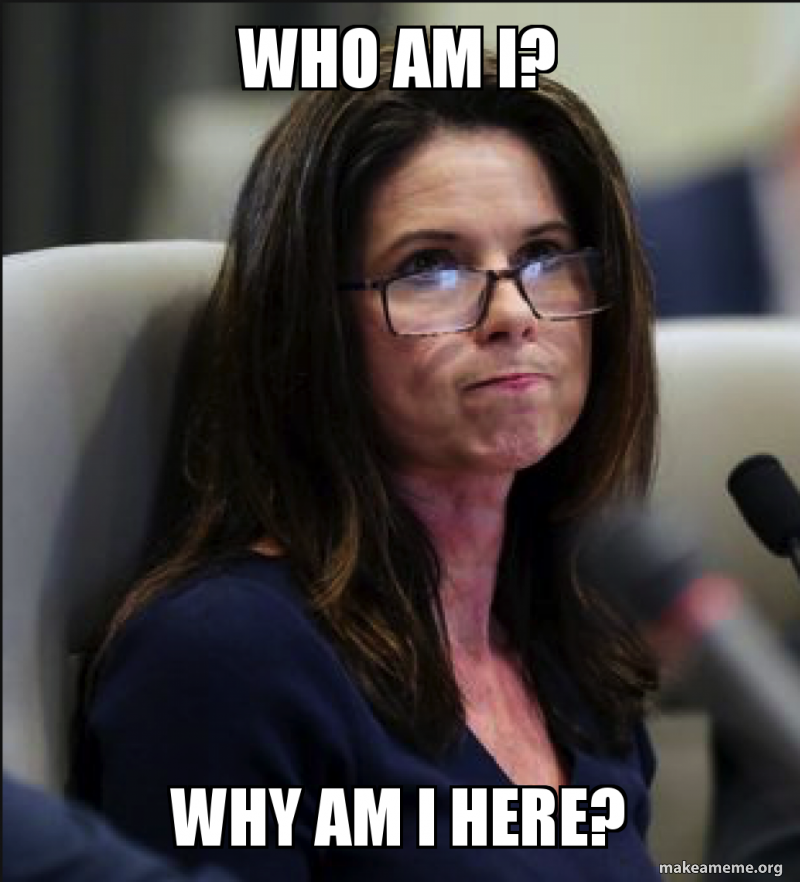 THIS right here, is akin to an  endorsement from  Thom Tillis right now:

Great competence?  She and her staff have ignored a whole lot of misbehavior on both sides of the aisle on Jones Street.  That’s ONE big reason why THIS GUY wants to keep her.  Jason Saine’s “new suits”?  Pretty much ALL of Kelly Hastings’s campaign spending?  (Don’t throw Fletcher Hartsell in our faces.  It took a huge outcry from the public to get the state board to even look at him, and action  from the feds to actually put him away.)

Strach is married to a  powerful Raleigh lawyer who has done a lot of solids for a lot of Raleigh political players.  So, that has surely earned her some job security and some protection.

The Ninth District investigation was a disaster.  Lil’ Kim and her buddy Joan ignored the mountain of evidence of Democrat-connected misconduct to focus on one guy they could find who had ties to the GOP.  An election won  fair and square by a Republican, by a margin of 900-plus votes, was overturned while they just couldn’t find evidence to overturn a judicial election stolen by the Democrats (in the same jurisdiction) by  a margin of 67 votes.

The state board of elections is still ignoring Robeson County — a place where Democrats have been  robbing Republicans of election victories for decades.   A former county elections chairman and state board chairman whose daughter  was a paid operative for Dan McCready.  A current county board elections chairman who has donated to and campaigned for Democrats all while serving on the board.  Unattended absentee ballots left sitting on the front stoop of the county elections office. Sworn statements about Democrat poll workers intimidating voters and marking ballots for voters.

A kangaroo court trashed the reputation of Mark Harris and slapped a low-level Harris campaign aide with a bunch of criminal charges.  (News flash — the so-called criminal investigation is going to come to the conclusion  that McCrae Dowless didn’t actually break the law, and had only done what dozens upon dozens of Democrats had been doing without penalty in the area for generations.)

Kim Strach has been in over her head since Pat McCrory appointed her to run  the agency.  Republicans had the chance to clean up our elections process and make a statement for good government, but chose cronyism instead.

Democrats may benefit by keeping Lil’ Kim right where she is.  But instead of preserving the livelihood of someone who ignores most of what she sees, they may just opt for someone out exclusively for GOP blood (shades of Larry Leake and Gary Bartlett).