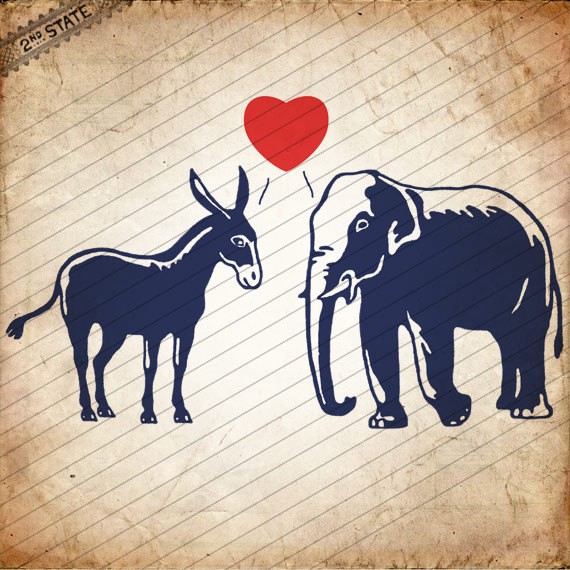 Every once in a while we get some evidence that — like in DC — Raleigh, and state government, are run by ONE big government-loving PARTY.  Look at what popped up on Twitter:

Dan Gerlach was appointed head of The Golden Leaf Foundation in 2008.  Golden Leaf was established as a result of the tobacco lawsuit settlements to help farmers and their communities recover from the obliteration of the federal tobacco program.  Sadly, it has

turned into yet another organ of crony capitalism primarily benefiting donors to Raleigh politicians.

Dan Gerlach is a huge honkin’ liberal.  Until 2001, Gerlach headed up the NC Budget & Tax Center — an integral component of the Fitzsimon & Schofield socialism-implementation and propaganda empire.  In 2002, he became Governor Mike Easley’s top finance adviser.  In 2008, as Easley was slithering out of town under a cloud of scandal, Gerlach landed on his feet at Golden Leaf, where he still sits. 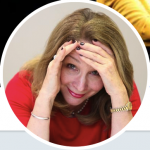 But, no.  Look at the LIKEs on Gerlach’s celebratory and self-congratulatory tweet:  The John William Pope Foundation, John Hood, Becki Gray of The John Locke Foundation, Phil Berger adviser Jim Blaine, and  state Rep. John Bell.  In other words, key players in the Art Pope mafia, the Republican majority leader in the NC House, and another 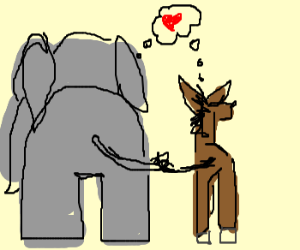 key player in the legislative building.

John Hood is showing more courtesy to this liberal Democrat operative than he does to President Donald Trump.

It’s all kabuki theatre. A bunch of acting to make us little people think they are fighting for us, when in reality they are frantically and passionately scratching each other’s backs.