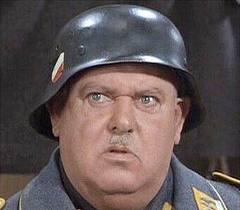 What’s been bouncing around the political gossip network for a few years has FINALLY made it to the pages of The N&O.   The NCGOP establishment bent over backwards to force the highly-dubious Debra Goldman on the electorate.  Never mind all the stories about an alleged extramarital affair with a Wake school board colleague and bizarre calls to the police department.  The stories about Goldman’s alleged crazy financial dealings should have been a huge red flag for anyone thinking of pushing her for the state auditor job.

Now, Greg Dority — the second place finisher in the May primary for auditor — has come forth alleging that state party leaders discouraged him from seeking a runoff against Goldman.  Dority suggests party leaders were worried that a primary would cause these stories about Goldman to surface in the media.

Of course, party vice chairman Wayne King is on record saying that he had NO IDEA about all of this stuff.  (Honest Injun.)  That’s amazing.  He works in Raleigh — right in the middle of that mess.  I heard about this stuff long ago, and I live more than an hour’s drive from our capital city.  If King is THAT oblivious to what’s going in the world of politics — much less the world in general — he has no business being anywhere near the top tier of the NC GOP organization.

This story is starting to sound like a broken record.  Allegations get raised from the grassroots about NCGOP meddling in primaries.  The staunch denials  are issued from party HQ.  Then, the evidence contradicting those denials starts to pour out.  (see Lawson v. Williams, the House and Senate runoffs in Mecklenburg County, and NOW the auditor’s race.)

Robin Hayes, Wayne King and the rest of “the gang that can’t shoot straight” are soooooo lucky that there is so much anger in the electorate against Obama and Perdue.   Party leadership has been grossly ineffective in driving the campaign against the Democrats this year.  They have been more strongly motivated by the desire to promote and enrich their cronies than by growing and expanding the party.

The meddling in the auditor’s race has provided hope for dispirited Democrats and a distraction from what was looking like an easy cruise to victory lane.  So, if on November 6, the results for NCGOP candidates  look a little mediocre — not as good as expected — you know where to point the finger and direct the blame.

One thought on “NCGOP vice chair King: “Goldman? Malone? I see nothing! I know nothing!””