The former Pender County legislator was elected with much fanfare to replace Joyce Krawiec, who left the vice-chairman position to take 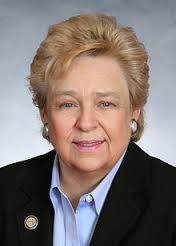 on a state Senate appointment.  Months ago, Justice was hailed with much fanfare as part of an establishment ticket to head the state party for the next two years.

But today, we got this piece of news via her Facebook page: 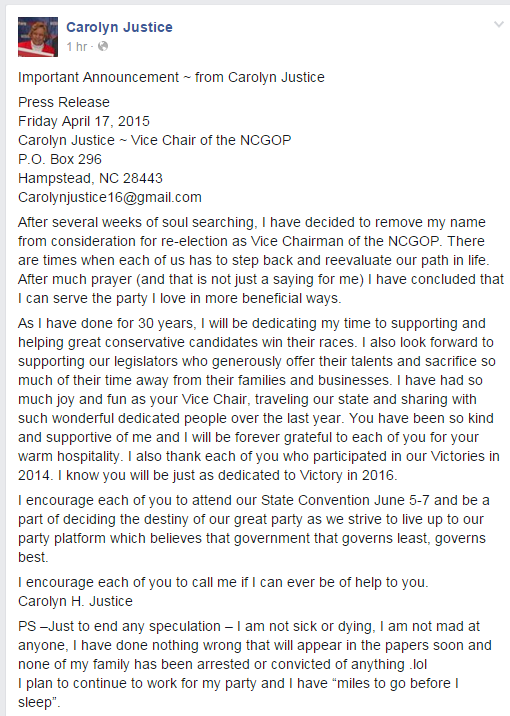 8 thoughts on “#ncgop: She’s OUT! Carolyn Justice backs out of vice-chairman race”