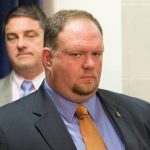 State senator Ralph Hise got caught up in an ethics /elections brouhaha over allegations of using campaign funds for personal use.  (Paying attention, Kelly and Jason?)

Steve Long, of the politically-powerful Ward & Smith firm, is IDed (and quoted) as a Hise campaign attorney.  Long is reportedly a tax attorney who also happens to be a prominent NCGOP activist AND a member of the UNC Board of Governors.

Well, the case against Hise got settled.  And it appears that the state Republican Party paid Ward & Smith for its representation of Hise:

That’s right.  Twelve grand to pay for Hise’s attorney on an election complaint.  (Maybe, if Barbara Jackson had gotten herself in trouble, she might have received more than $825 from the state party.)