Are Republican power-brokers in the state trying to manipulate party organizations at the local level? It’s starting to look that way.

We reported on US Rep. Renee Ellmers issuing an endorsement via email prior to the vote for Cumberland County GOP chairman.  (That race featured multiple candidates, by the way.)

It appears that state senator Mike Lee (R-Wilmington) is following in Elmers’s footsteps: 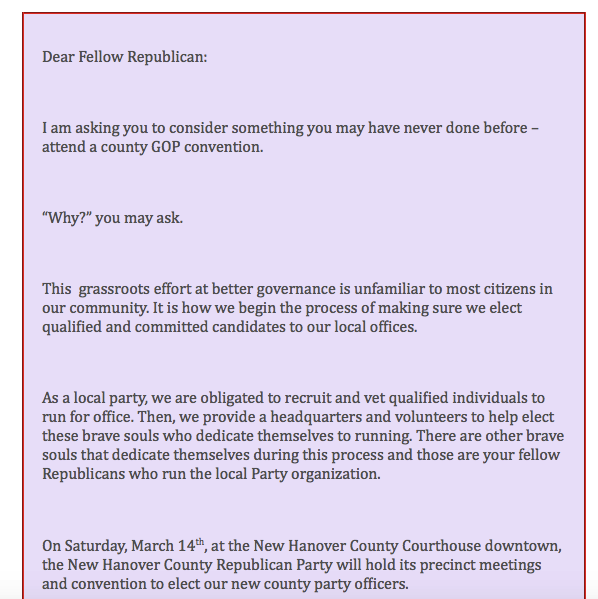 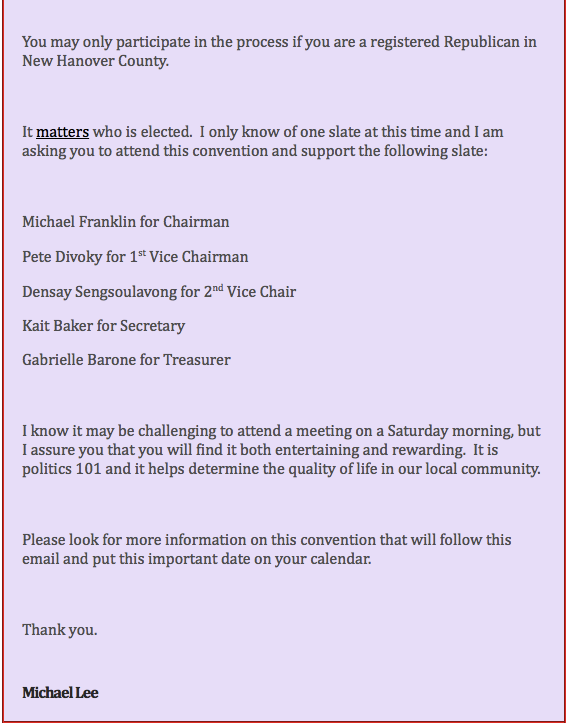 Interesting.  It’s very interesting that we now have TWO major political figures injecting themselves into intra-party debates in their jurisdictions.  Both figures endorse specific people via mass emails originating from their reelection campaigns. I am willing to bet this is not the last example of this type of thing we’ll see this month — when all of the counties are having their party conventions.

A couple of years ago, we were bombarded with complaints about NCGOP staff — and allies of then-House speaker Thom Tillis — meddling in local party affairs.  Certain candidates were being hand-picked and promoted from Raleigh.  Hardball tactics from Raleigh were being used to reverse policy decisions at the local level.

7 thoughts on “NCGOP once again meddling in local politics?”