We wrote earlier about some heartburn within the NC House GOP Caucus about campaign finance practices.    Roughly $250,000 in unpaid vendor invoices were found tucked away in a drawer.  Also, a pile of money ended up with a legislator instead of with a media firm contracted with the caucus.

Now, it appears the North Carolina Republican Party is having some bill-paying issues.  We found this on file with the state board of elections: 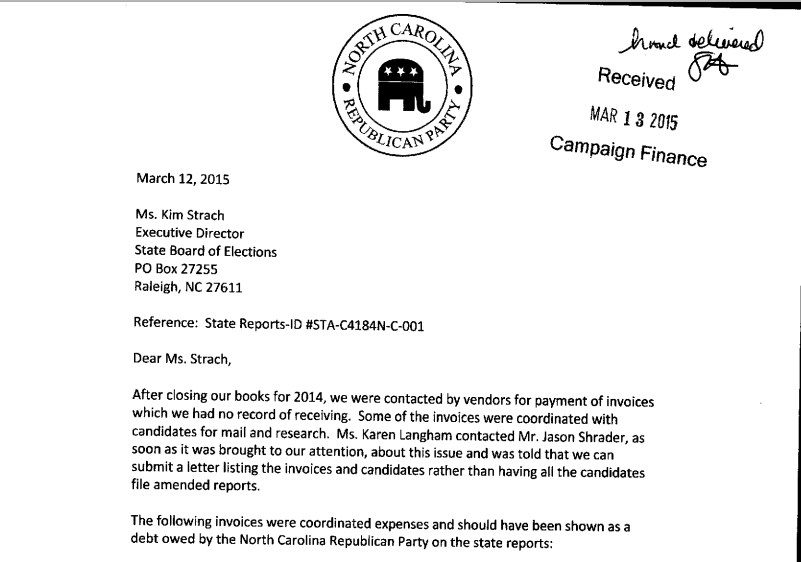 Of course, Mr. Morse was kind of enough to supply details about the debt in question: 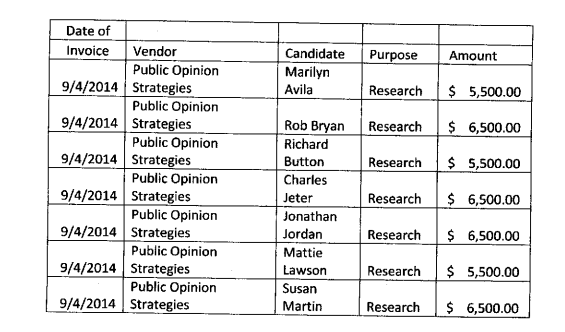 Yes, ladies and gentlemen, that’s a dozen unpaid invoices from September 4 through October 14 of last year.  If my math skills are still up to snuff, that’s $66,495.68 in *SURPRISE* 2014 debt for the party.  Discovered in March of THIS YEAR.   (Show of hands.  How many of you out there would still be walking around — out of jail, unmolested by lawyers, cops,  collection agencies, or bat-wielding thugs — with that much debt SIX MONTHS IN ARREARS?)