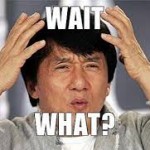 A Republican organization in the backyard of establishment favorite Craig Collins has released the results of a straw poll showing Collins in second place in the race for the NCGOP’s top job. 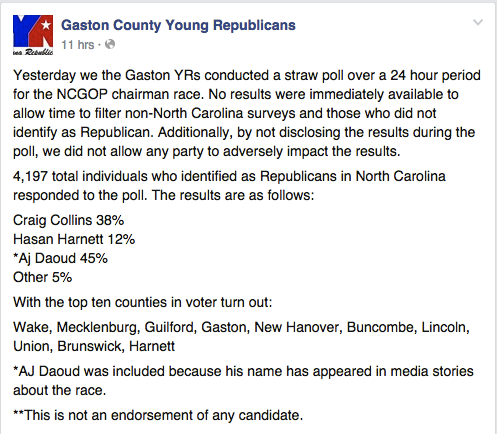 I know, I know.  Straw polls are typically quite dubious. It’s typically very easy to sway them. But THIS is a group that SHOULD be biased in favor of the hometown guy Collins.

AJ Daoud, the 6th congressional district GOP chairman, has not officially entered the race.  There IS an effort afoot to draft him for the chairman’s race.  The vote for state Republican leadership occurs in June at the party’s state convention.