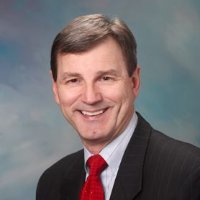 Imagine my disgust at receiving a 5-page “open letter” today from our NCGOP General Counsel providing a very one-sided, incomplete, and questionable account of the activities of our Chairman over the past few weeks. I want to know just how much it cost the NCGOP to publish and mail this open letter to NCGOP members statewide? And I want to know who authorized this to be sent at a cost to our depleted NCGOP bank account?

I serve on the NCGOP Executive Committee and I did not vote to authorize this kind of quill driving for any purpose. As with previous mailings and web postings, there is nothing of substance; but rather innuendo and half-truths in the letter. The missive merely serves to confuse and upset the party base, rather than to inform. Whoever authorized the mailing by our General Counsel should be disciplined, along with Mr. Stark, himself, for sending this useless diatribe. In fact, the letter wasn’t even timely- it was dated March 31st. It contained inaccurate information that was contradicted by the calendar of District Conventions also enclosed.

I am sickened at the sustained onslaught against our Chairman. I demand that we cease and desist in sending this kind of correspondence. These distractions are harming the party’s reputation, eroding support from rank and file GOP activists, and diminishing the chances we can elect or re-elect our Council of State candidates this fall.

Please communicate this immediately to the Central Committee.

That note prompted this response from Woodhouse:

Jim: a couple of points. I believe the decision to release the materials came in part because of the Chairmans call for everything to be released.

As far as costs go, I believe it was minimal because the notice of cancellation of the April 9th meeting.

And then THIS from Womack:

I do not recall the Chairman calling for the release of half-truths, which certainly isn’t a release of “everything,” and I know he didn’t ask for this to be mailed out at expense to the NCGOP. Please tell me why the NCGOP didn’t enclose his written rebuttal to this propaganda? Isn’t that a part of “everything?”

Please assure us this will be the last of these unsolicited mailings that we are all sick of receiving from the Central Committee.

Hasan canceled his call for an April 9th Executive Committee meeting. We were notified of that meeting electronically and we it had already been canceled electronically. I eagerly await (electronic) notification of the Central Committee’s cancellation of the April 30th called meeting that, to date, still hasn’t been authorized according to our Plan of Organization.