Just when you thought things couldn’t get any dumber than having that dude dress up like a duck during the recent US Senate race,  the lads at NCGOP H

* Oh, goody.  A Hillary Clinton, John McCain, Bob Dole-style ”Listening Tour.” *    This certainly is what we want from our leaders — running around to photo ops without ever espousing or defending any principles.*

These people haven’t been listening to the people who are already in the party.  How can ANYONE else take their promises to LISTEN seriously?

I think we can guess how THIS is all going to turn out:

Wake and Mecklenburg have, by far, more Republican voters than any other counties in the state, and statewide Republican candidates see opportunity for more votes in the state’s largest counties. The effort comes as the national political parties try to discern effects of demographic shifts underway in the U.S.

Outgoing party chairman Claude Pope said in a statement that the idea is to find common ground with more voters.

“Mecklenburg and Wake Counties are not only among the fastest growing regions in the state, but the entire nation,” Pope said. “It is imperative that our team of candidates have a better understanding of the issues impacting these voters and how to better communicate with them. This gives the NCGOP a historic opportun 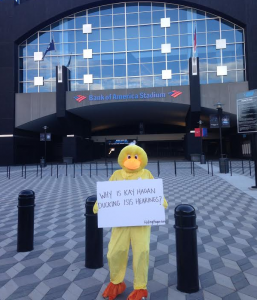 ity to also become one of the fastest growing parties in the nation. To that end, we’re announcing our efforts to have an open, frank, and ongoing discussion with all North Carolinians – regardless of party or ideology – about the values and common ground we share.”

Let’s see.  Claude has been there for TWO YEARS now, and starts cheerleading for this brilliance on his way out the door?

The party said it wants to ensure growth and electoral success “by better understanding the demographic forces shaping the state.”

“Project Listen was created to do just that: for voters to have a greater voice in what they think – whether good, bad, ugly, or indifferent,” Burr said in a statement. “It’s a two-way conversation on where we want to go as a state and party, and how we get there by working together.”

“For voters to have a greater voice in what they think” ????  (What empty nonsense. That sounds like something Burr actually wrote for himself.)  Here’s a unique idea: formulate a platform, and sell it to the voters.  Then, when you get elected, actually fight to get that stuff enacted.

Ronald Reagan, Jesse Helms, and Barry Goldwater didn’t do listening tours.  They formulated a platform of solid principles and went out there and sold them.  It’s hard to dispute the monumentally positive effect those three guys had on the GOP in North Carolina and across the country.

Burr is gearing up for a re-election campaign and will be on the ballot in November 2016. 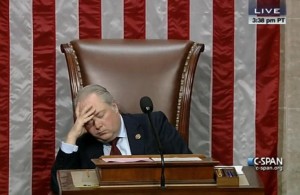 Raleigh congressman George Holding and Susan Tillis, wife of U.S. Sen. Thom Tillis, will lead a GOP committee that will issue a report to the state party’s leaders by the end of 2015. The work will include “issue research” and “brand assessment.”

Someone needs to be sure to wake Holding up before the listening tour starts.

“To those who’ll claim that this is just ‘style over substance’ or a ‘move to the middle,’ let’s be clear – we’re unwavering in our core values and beliefs,” Pope said. “What we seek is a better understanding of individuals and communities that share those beliefs, but may not identify with our ‘party brand.’ Project Listen will provide the feedback and tools we need to build bridges, form new partnerships and achieve common goals.”[…]

The best way to tell what a politician has in mind is to listen to him talk about what will “not happen.”