We may have  a real-life episode of House of Cards breaking out here.  Judging from A.J. Daoud’s Facebook page, “President Frank Underwood”  is making a cameo appearance in the nascent stages of this year’s NCGOP leadership races: 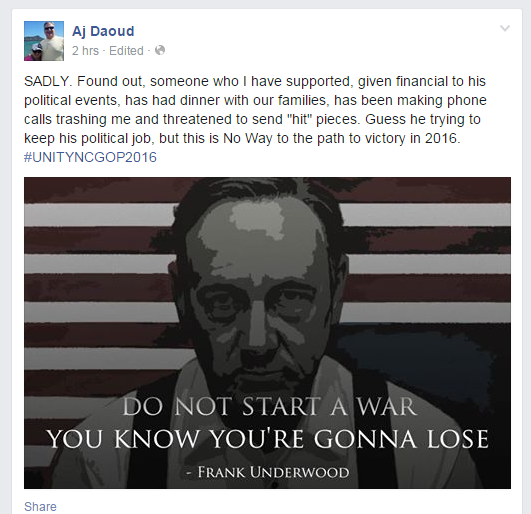 Is somebody getting that upset over the 6th congressional district chairmanship race?  Or does ol’ A.J. have his sights set on bigger things in our fair capital city?  There is a movement out there to draft Daoud to run for NCGOP chairman.  But the man himself has yet to confirm he is running for that post.

Hopefully, the guy AJ is talking about is an outlier.  It’d be a real shame if raw, naked ambition and holding on to power were trumping the promotion of ideas.