We’ve all heard about the new ‘conservative’ group of solar energy fans seeking to continue government subsidies of the solar industry.  (Never mind that solar energy is neither cheap nor ‘green.’  Never mind that – at  best — solar is a supplement to more traditional methods of power delivery, and is not viable enough to stand on its own without government subsidies.)

The solar lobby had some success in the state House.  As you can see in the graphic below, the head of the House Republican campaign effort is a big fan of these particular solar lobbyists. 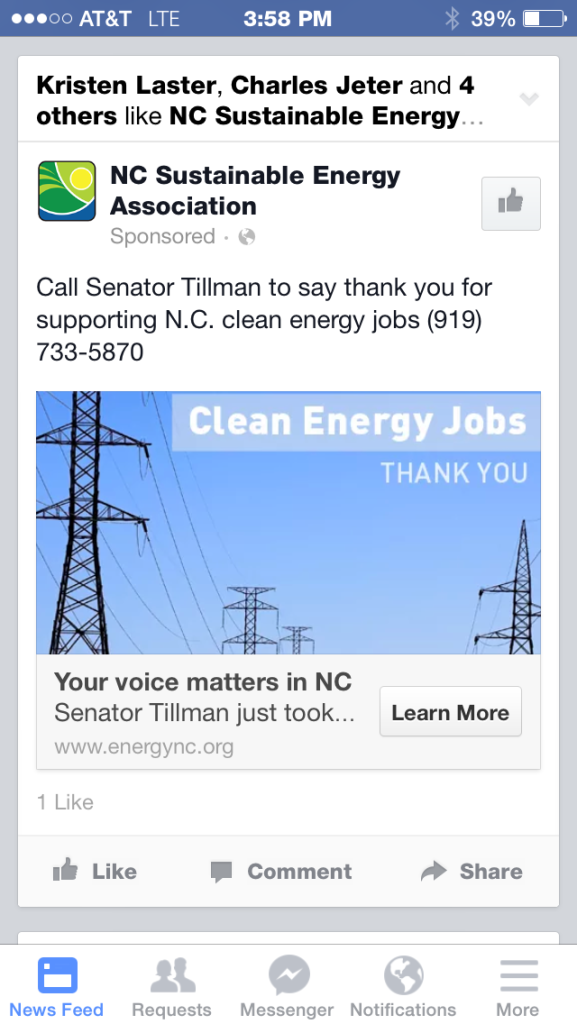 Campaign ads lobbying the Senate on the solar issue are already making their way through cyberspace. 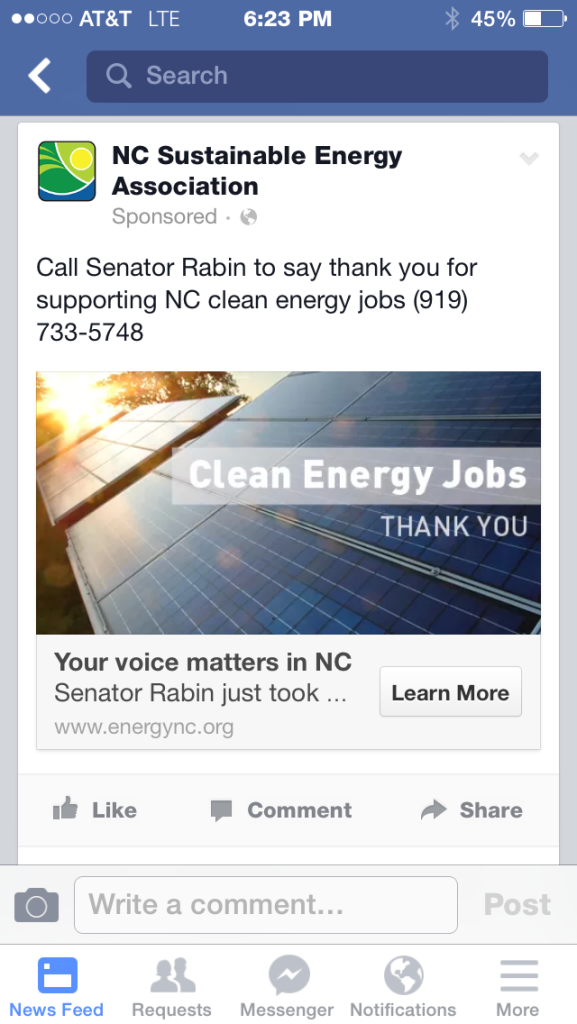 It appears the drive-bys have been enlisted by the solar mafia to go hardball on anyone who dares to throw a monkey wrench into their plans.

This Republican enthusiasm for solar energy is being driven — according to my sources — by GOP campaign consultants Paul Shumaker and Dee Stewart, a number of their clients currently serving on Jones Street, as well as a number of other alumni of the NCGOP staff and offices of congressman Patrick McHenry.  For the average person, solar energy mandates and subsidies have meant little more than higher power bills.  For well-connected politicos, they have been a cash cow.

Remember the outrage last year over the solar energy company run by Kay Hagan’s son and husband?   Some of the same folks who threw a fit about that are now falling all over themselves to keep this boondoggle alive and well at our expense.

We have the Republican Party — the alleged conservative team — fighting tooth and nail to keep a program alive that does little more than take more money out of our wallets.  Rod Serling couldn’t have scripted a better scenario.

It’s time to show these folks on Jones Street how well we can generate (and crank up) ‘heat’ — and it won’t cost a dime of taxpayer money.