There is a lot of frustration around the Jones Street Puzzle Palace.  The General Assembly — in particular, the House — appears to be rudderless, aimless.  There is no leadership, observers point out.  You’ve got a big chunk of committees that aren’t even meeting because NOTHING is being proposed.  All that big talk in 2010 about ‘conservative revolution’ has appeared to vanish into the mist.

One disturbing trend observers on the scene are noticing is the extra special attention being given to the needs of BIG DONORS to leadership and the caucus.

During the last election cycle, drug company lobbyists were shaken down hard for cash by Speaker Timmy’s team to finance a primary challenge to conservative gadfly Justin Burr.  Burr survived, but the drug companies are

getting what they want.  The, um, “honorables” have suddenly discovered the threat of opioid abuse and are passing all kinds of mandates that will surely lead to the prescribing of all kinds of pills produced by those drug companies that ponied up all that cash last cycle.

We also told you earlier about Speaker Timmy’s pal Jimmy Dixon pushing through sweetheart legislation to benefit his contributors in the hog farm industry.     Well, this particular story has gotten even worse:

Legislation to limit farms’ liability in lawsuits over animal waste smells passed the state House Monday after a significant change that will keep it from applying to current lawsuits against a large hog producer.

After a lengthy debate, the House narrowly voted to add language to specify the legislation would not apply to any pending cases. The chamber then passed the amended bill as a whole, sending it to the state Senate. 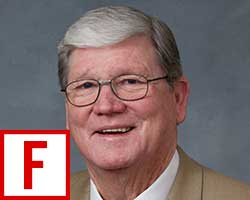 agricultural operations in lawsuits accusing them of creating a nuisance for neighbors. The farms’ liability would be limited to the lost rental or property value plaintiffs can prove was the result of the nuisance. The liability couldn’t exceed a piece of property’s market value.

Some Democrats and Republicans argued during floor debate that the General Assembly would meddle in existing lawsuits without the amendment added Monday.

“We don’t need to be, at the last minute, rushing in to bail out a defendant — and that’s what’s happening,” said Republican Rep. John Blust, the Greensboro-area lawyer who introduced the amendment to keep the bill from applying to pending litigation.

Multiple lawmakers alluded during floor debate to a group of lawsuits by 500 rural neighbors of North Carolina hog farms who say flies and animal waste smells are a significant problem. A trial could occur as early as this summer.

The federal lawsuits largely target the North Carolina-based hog production division of Virginia’s Smithfield Foods, which is owned by a division of China-based WH Group. The Chinese company is the world’s largest pork producer.

Another eastern North Carolina Republican who argued for amending the legislation, Rep. Michael Speciale, said that applying the new legislation to an existing case would be tantamount to determining its outcome, which “is the wrong thing to do.”

One of the bill’s sponsors, Republican Rep. Jimmy Dixon of Duplin County, argued that the bill was needed to protect the network of contract farmers in North Carolina who raise the hogs for large pork producers.

Dixon, himself a longtime farmer, argued that many of the allegations that the farms create 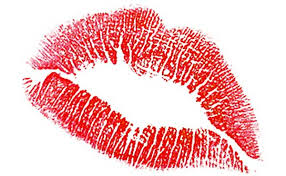 a nuisance are “at best exaggerations and at worst outright lies.”

Under common waste-handling practices for hog farms, liquid waste is often sprayed onto acres of farm fields. The droplets can radiate smells and be carried by wind.

But Dixon said: “I have lived on a farm all my life. My children and my grandchildren have walked gleefully with me through my hog houses and my turkey houses, and they’ve participated on a daily basis.”

Dixon represents a territory dotted with livestock operations in the country’s No. 3 hog state by gross income. Hogs were a $21 billion industry nationwide in 2015, with North Carolina operations racking up $2.3 billion of that, according to the U.S. Agriculture Department.

Earlier in the process, Speaker Timmy rammed this through the House floor via trickery — for example, not announcing the title of the bill before calling for a vote.

Anything you have to deceive your colleagues about — and has a lot of campaign contributions attached to it, can’t be good for the people back home.  It can’t pass the smell test.

Ladies and gentlemen, I believe we’ve come full-circle and slipped back into Jim Black territory.  A House For Sale.

3 thoughts on “#ncga: Servicing the BIG DONORS is ‘The Agenda’”