The drivebys — when not cooing over “Caitlyn” Jenner — have been aflutter about Gov. Pat’s veto of the bill that would have allowed magistrates who object to gay marriage the chance to opt out of performing such ceremonies. 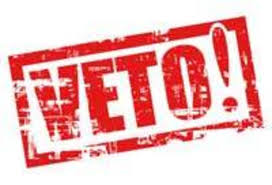 There was another veto that slipped quietly out of the governor’s office in the wake of that three-ring circus — H405 “The Property Protection Act.”   The intent of the bill was to go after activists who infiltrate businesses for the purpose of conducting sabotage or espionage.  Gov. Pat saw things a little differently:

This bill is intended to address a valid concern of our state’s businesses – how to discourage those bad actors who seek employment with the intent to engage in corporate espionage or act as an undercover investigator. This practice is unethical and unfair to employers, and is a particular problem for our agricultural industry.

It needs to be stopped.

While I support the purpose of this bill, I believe it does not adequately protect or give clear guidance to honest employees who uncover criminal activity. I am concerned that subjecting these employees to potential civil penalties will create an environment that discourages them from reporting illegal activities.

Earlier this week, I was proud to sign Burt’s Law. It requires adult care home employees who witness sexual abuse of patients to report it to the proper authorities. I signed Burt’s Law because it protects a vulnerable population and gives clear direction to employees to report any abuse they witness. I don’t want to discourage good employees of any industry from reporting illegal activities to the proper authorities, which is why I am vetoing House Bill 405. In good conscience, I cannot sign Burt’s Law and then in the same week turnaround and sign contradictory legislation.

I encourage the General Assembly to reconsider this bill as soon as possible and add protections for thos employees who report illegal activities directly and confidentially to the proper authorities. I stand ready to work with legislators during this process, and I am very optimistic that we can reach a solution that addresses the concerns of our North Carolina employers while still protecting honest employees.

Rep. John Blust (R-Greensboro) took to Facebook to express his frustrations over how all of this has played out:

Here is the vote on H405, which is being misrepresented on Facebook posts as “ag-gag.” A majority of Democrat House members voted for it as you can see.

I chaired the committee meeting which heard the bill and people from the public were allowed to address the committee and all proposed amendments were taken up. Now new objections are being raised that were not raised at the hearing. These new objections really go to the desire to strengthen the state’s Whistleblower protection laws, which House Bill 405 leave in place. I will be happy to address strengthening the whistleblower protections in a future bill and will likely support additions. […]

I am somewhat disappointed in the governor for not sending one of his multitude of employees to the committee to express his opposition and to recommend changes. It would have been very helpful to have known this when the bill was in committee.