The Kinks got it sooooooo right. 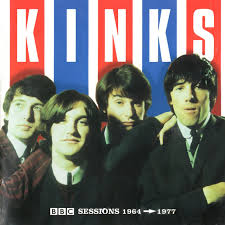 It is my understanding that this particular web site is living rent-free in the heads of many pols in the General Assembly.  Democrat consultant Brad Crone confirmed as much in the final segment of the broadcast of NC Spin this past weekend.

A member of my cadre of spies in the legislative building tells me a senior House leader is walking around bragging very Major Hochstetter-like that ” we are very, very close to catching the Haymaker’s mole.”  Mole?  Try ”moles.”  PLU-RAL.  (More than one.) 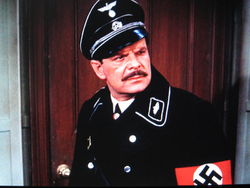 I am also told that there is a serious proposal out there to start making participants in Republican House caucus meetings empty their pockets before entering the meeting.  Why, you ask?  One of my MOLES explains:

“Some of your pieces have so much detail, sometimes word-for-word, it has them convinced someone is recording them and passing the final product to you.  They want to make sure no one goes in with a recorder or smart phone or wire of any kind that will provide documentation for a post on the Haymaker.”

One question:  If you aren’t doing anything weasel-like or criminal-like, what do you have to worry about?

Also, I guess pens and note pads will also be banned from caucus meetings.  Those are often great for taking notes that can be passed on to enterprising bloggers.  But then what do you do about short-term memory?  People often remember stuff, and then get in the car and call someone to tell them all about the stuff they remember.

It’s a shame that this is the route being taken.  If House members spent as much time fabricating and pushing through conservative legislation as they do playing ”mole-hunters”, just imagine how much better life could be in our great state.

Stop being weasels.  Start living up to your campaign rhetoric.  Show us that you are better than Jim Black and Mike Easley.

5 thoughts on “#ncga: ‘Paranoia will destroy ya’”