Blinkin’ Chris and Angry Rob and their comedy web site are calling for the end of solitary confinement in North Carolina prisons:

Last year, North Carolinians were stunned and horrified by the death of Michael Anthony Kerr, who was found unresponsive in a van after being transferred between prisons following 35 days in solitary confinement. Kerr suffered from schizophrenia, and his cause of death was determined to be dehydration. Many questions remain about why he did not receive proper treatment.

Sadly, cases like Kerr’s are not isolated. An ever-growing body of research has confirmed that the use of solitary confinement – where inmates are placed in isolation for 22 to 24 hours a day, often in a small concrete box – exacts profound physical and psychological harms on those individuals.

Suggesting this kind of thing is common in North Carolina prisons is patently dishonest.  Full disclosure:  I used to teach inside a state prison.  I had the authority to send misbehaving students to solitary — -a/k/a “the hole.”  That was the only weapon I had in my arsenal to actually command respect from these hardened criminals.

I had to fill out a report requesting that the inmate be sent to “the hole.”  A supervisory corrections officer would review my report and determine whether it had merit.  If he or she thought so, the inmate was put through a quasi-judicial process and sentenced to whatever amount of time was considered reasonable.  MORE: 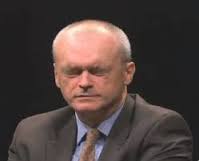 Even worse, the reasons for placing an inmate in isolation are often entirely arbitrary, ranging from purported safety reasons or punishment for any type of offense to keeping them under control during investigations, transfers, or while awaiting assignments.

(*Gasp*. Trying to keep inmates under control ???? )   It’s quite wise to keep inmates apart while an internal investigation goes on.  It reduces the possibility of peer pressure / intimidation or violent retaliation.  The justification for sending someone to the hole was not “arbitrary.” In my particular facility, there was a clear list of rules the inmates had to abide by.  They were posted, and everyone was briefed on them.  They included things like (1) coming to class on time, (2) providing a valid excuse for being late or absent from class, (3) showing proper respect to non-inmates, (4) not acting in a disruptive or violent manner.

The state has closed mental health facilities, thanks to lawsuits from Rob and Chris’s comrades.  So, an awful lot of these inmates who get into trouble and go to “the hole” are already mentally ill.  And “the hole” is punishment.  As is prison.  Neither are meant to be pleasant, enjoyable environments.   Both environments are meant to be styled as experiences no one would want to repeat. 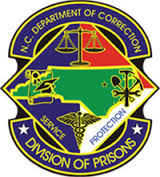 Thanks to Rob and Chris and their friends, you can’t MAKE the inmates go outside and work on the prison grounds or on the roadside.  THOSE are purely volunteer activities.  I regularly saw state employees or private contractors doing landscaping work at the prison while inmates chilled out inside.

The time someone gets in “the hole” — according to my experience — varied according to the severity of the inmates’ misbehavior.  You got a lot longer stay in “the hole” if you shanked someone than if you simply cussed out a guard.

I am not saying the state prison system is perfect.  Chris and Rob are — as usual — way out in left field on this.  But one problem I DO SEE is a lack of serious rehabilitation of these inmates.  I see way too much warehousing going on.  There doesn’t seem to be an awful lot of thought being put into what happens to these guys once they get back out into society.  They ARE — in most cases — eventually going to be back out among us.

Two common factors I saw in most inmates I encountered?  Illiteracy and / or  Substance Abuse.  You’ve got an awful lot of people currently living in state facilities who have been seriously failed by the public school system.  Many of them are also starting off as addicts who then turn to criminal activity to acquire cash to pay for their habits.

Tackling those two factors — rather than moaning and sobbing over prisoners’ feelings — seems to be the smartest move for improving our overall public safety scenario.

One thought on “End solitary confinement in state prisons? (Um, NO.)”