Every year, NCFEF rates legislators on their business-friendliness and devotion to free enterprise.  2017’s edition has every leadership RINO  and leadership suckup in the NC House piled up at the top of the heap.  Jason Saine, who wants to regulate and tax fantasy sports leagues, got rated as the most business-friendly / free-enterprise loving in the House.  (Maybe they were referring to his expenditures of his campaign funds at all kinds of private businesses.) 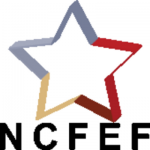 For 2017, Civitas ranked that list of guys as the most effective conservatives (read FREE MARKET-HUGGING).  All of NCFEF’s favorites got ranked by Civitas as big-spending RINOs.  (Saine got a gentleman’s C from Civitas.)

For 2016, Ford, Millis and Pittman got top honors in the NC House from The American Conservative Union.

In the Senate, for 2017, NCFEF gave its top honors to big spenders Brent “Solar Panels” Jackson and Bill Rabon. You had to go waaaaaaaaaay down the list to find tried and true conservatives like Ron Rabin and Norm Sanderson.

I searched high and low to figure out how the NCFEF came up with these rankings.  Here’s what I found: 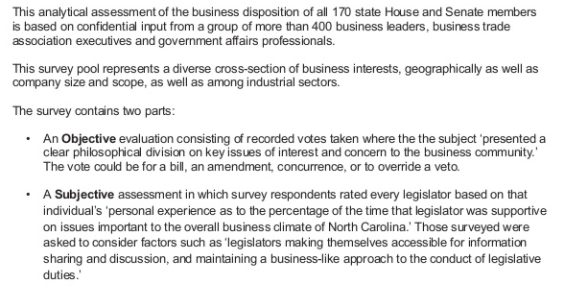 Translation: This was put together by lobbyists and the people who hire them.