Well, the crotch-sniffing finished over on Jones Street today, and we have ourselves a new slate of candidates for the UNC Board of Governors.  Sixteen names made the cut  — 14 of which happen to be Republicans.  (One was registered unaffiliated, and one was a Democrat.)

The shenanigans surrounding the last vote for Board of Governors have been well-documented.  This year’s hijinks appear to be on track for surpassing those of last year.

It does appear that state Rep. Nelson Dollar (R) DID get his Democrat on the board.    However, my sources inside the House Republican caucus tell me that Dollar paid a big price to get Mr. Davenport a seat at the table. 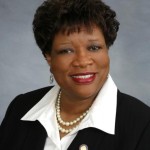 Dollar was asked about the absence of Burris-Floyd’s name from the candidate list.  According to one of my sources, this is where the “fun” began:

”Nelson said Pearl asked to have her name dropped from the list of candidates.  Several caucus members spoke up at that point, expressing skepticism about what Nelson was telling us.  Julia Howard called Pearl’s house and talked with a family member who said she did not ask for her name to be removed from the list. Julia came back and reported that, and quite a few of us got, let’s say, hot under the collar.  The, um, gentleman from Wake County was apparently lying to us.”

My sources tell me that the assembled caucus members began to press Dollar for details about his alleged discussion with Burris-Floyd.  Some caucus members demanded to see the email Dollar said Burris-Floyd sent asking her name be removed from consideration.

At that point, my sources told me Dollar confessed that Burris-Floyd had not asked that her name be removed from the list.  My sources tell me that Dollar admitted to pressuring Burris-Floyd to drop out of consideration so that there would be room for some of his political allies to be considered.  One source described the ensuing reaction:

A number of my sources who were in the room for all of this tell me that terminology such as “coup,” “mutiny”, and “vote of no confidence” was being bandied about as the meeting broke up.  Stay tuned.