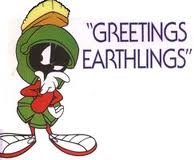 The last we heard from state Rep. Graig Meyer, a visitor from the planet Mars currently representing the Chapel Hill area in the NC House, he was bemoaning the fact that he is cursed to live life as a white man.

Now, he’s popped his head up again — whack-a-mole style — to vent his displeasure at the church-going Earthlings: 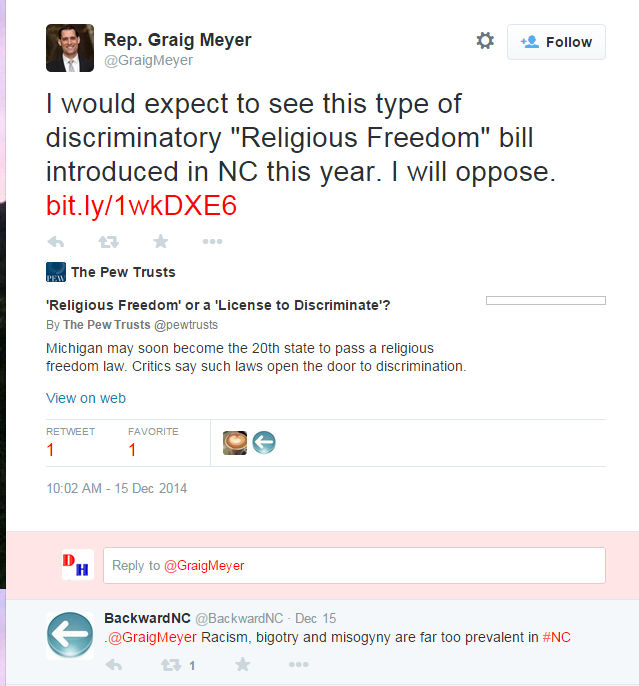 What’s got Graigy-boy all bent out of shape?  It’s the spectre of one of those (*shudder*) “Religious Freedom Acts” being introduced in the legislature.  You know.  One of those things — like the Hobby Lobby case — that reminds politicians and bureaucrats that they absolutely cannot stomp all over someone’s religious faith.

Let’s take the gay marriage crowd, for instance.  We heard all about how important it is for love, tolerance, equality and all that.  If you’re a devout Christian who runs a catering service, try to refuse to cater a gay wedding.  You’ll be picketed, possibly vandalized, slandered across the community, threatened with financial ruin, and dragged in front of government agencies to try and PROVE you are not a card-carrying Klansman.  There will be no love, tolerance, or equality for you.

Most people will be glad to do business with anyone willing to pay the right price. Most everyone LOVES the color green.

It’s amazing how the peace, love, and understanding crowd wants to lump Christians in with the Klan and Hitler.  In a minute, most Christians would bend over backwards to help a gay person in need. They’re viewed as people, not gay people.  If you’re going to throw that adjective in front of the word people, you’re likely going to be challenging some very deeply held religious beliefs. (Don’t believe me? Check out the story of  Sodom & Gomorrah in The Bible’s Book of Genesis.)

Respect is a two-way street.   Government CANNOT make people like, love and / or respect each other.   People have to work that out among themselves.  Infringing on one group as a means of “protecting” another has nothing to do with justice or fairness or equality.  If one person doesn’t want to do business with you, it shouldn’t be hard to find someone else who will.