Bill Cook (R) is stepping down from his admirable tenure representing district 1.  The district on the ballot for November is more Democrat-friendly than the one Cook has been serving.

State Rep. Bob Steinburg (R) is seeking to move up to the state senate.  He’s a known quantity in the area who came out on top in a very nasty May primary.

The latest fundraising  numbers are out.  According to disclosure reports on 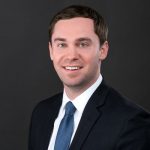 Even though the seat is open, Steinburg — as a sitting House member — is basically the incumbent here.  Once again, it IS unusual for a sitting member of the majority party to be outraised by a challenger from the minority party.