It appears a dispute involving his private business is catapulting Rep. Dean Arp into the ucomfortable confines of US District Court:

[…] This action arises from the Defendants’ unlawful conduct in obtaining copies of computer files containing detailed engineering drawings and plans developed by Hunter Structural. Defendants then sold those drawings to their own clients. Based on this conduct, Hunter Structural asserts claims for copyright infringement, misappropriation of trade secrets, unfair competition, conversion, computer trespass, unjust enrichment, and unfair and deceptive trade practices. 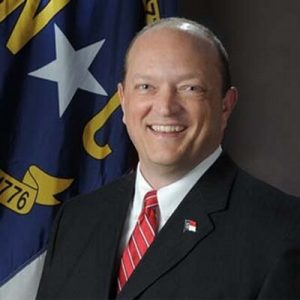 Defendant Szabo assisted with the preparation of drawings for the Charlotte Take 5 Facility while employed by Hunter Structural. Upon information and belief, Defendant Szabo prepared the drawings for the Virginia Take 5 Facility for Arp Engineering.Arp Engineering and Szabo would not have been able to produce exact duplicates of the Hunter Take 5 Drawings without access to the computer files on which the Hunter Take 5 Drawings were stored.

(As far as we know, no court date has been set.)  The complaint states that the plaintiffs are seeking monetary damages against Arp Engineering and its new employee.

One thought on “#ncga: House majority whip getting HIS day in (federal) court?”