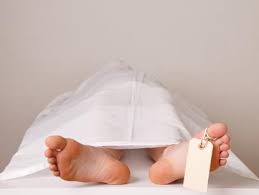 Here the honorables are again, taking care of each other’s business.  And, oh look, Moore County’s own Jamie Boles is right in the middle of it:

State funeral board leaders say proposed legislation to create a “provisional” license for funeraldirectors is specifically designed to help a lawmaker get his license without fulfilling current requirements.

The provisional licensing proposal surfaced Wednesday in a Senate committee as an amendment to a non-controversial funeral licensing bill.

“It is clearly intended for a member of this House who is not a licensee but wants to be,” said Mark Blake, vice president of the N.C. Board of Funeral Service. “This is a slap in the face of every licensee past and present in this state.”

Only one of the four legislators who work in the funeral business isn’t a licensed funeral director: Rep. Howard Hunter, D-Hertford.Hunter told the NC Insider he did not request the legislation, but he didn’t respond when asked if he plans to apply for a provisional license or if he meets the qualifications in the amendment.

Sen. Harper Peterson, D-New Hanover, introduced the amendment on behalf of Sen. Mike Woodard, D-Durham, whose name appears on the document. But Woodard said he simply ran the amendment at the request of Rep. Kelly Alexander, D-Mecklenburg and owner of a funeral home. He’s one of the sponsors of the original bill, House Bill 554.

According to a letter from the Board of Funeral Service to lawmakers, an earlier proposal for the provisional license would have made it available only to elected officials.

“We do not believe that the introduction of legislation with the sole purpose of personally benefiting a legislative colleague is appropriate or advisable; it is an unprincipled and improper solution for a non-existent problem,” board president Stephen Herndon wrote. “The responsible, dutiful resolution is for this individual to complete any remaining requirements for a Funeral Director license as would be expected of any other candidate.”[…]

Why is this such a concern?  In 2014, a Rockingham funeral home took  money from  families but never cremated their loved ones.  In 2014,  authorities found decaying corpses inside a Wadesboro funeral home facility that had already been shut down. 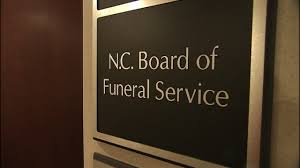 Also that year, there was a Charlotte funeral home where “a body [was reportedly taken] from a hospital without proper authorization, […]  a family [was told] their relatives’ ashes would be commingled and […] an unlicensed funeral director [was] selling services.”

In 2017, one of the funeral homes run by Fayetteville mayor Mitch Colvin was placed on probation by the state.

Just a few examples there of WHAT CAN go wrong.    Creepy, horror movie type things. 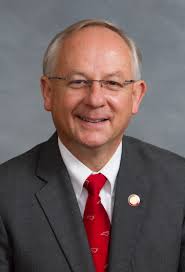 […] Rep. Jamie Boles, R-Moore and co-sponsor of the bill, said that the earlier proposal for the license “was a draft that was confidential … which they (the funeral board) shared with everybody” and “breached confidentiality.”

Alexander downplayed the draft idea. “You’ll often find that many things get thrown up and discussed and don’t make it into what is presented,” he said.

Alexander and Boles said the provisional license would help people who are licensed in other states and move to North Carolina, or longtime funeral home employees seeking to move up to a licensed role.

But the funeral board says there are already procedures to license funeral directors from other states; the proposed criteria for the provisional license doesn’t mention out-of-state licenses.

Provisional licenses would be available to anyone who has an undergraduate degree or associate degree in applied science “in any field,” as well as have a certified resident traineeship or five years of experience under a licensed funeral director. By contrast, a standard funeral director license requires a degree in mortuary science and the passage of an entrance exam.

John Harris, president of the Funeral Directors & Morticians Association of North Carolina, said the change “weakens the strength of the professionalism of the funeral service practice.”[…]

It sounds like they’re dumbing down the process to benefit a certain  individual or certain individuals.

[…]Alexander dismissed the opposition from the industry officials. “Unfortunately, over time, we’ve seen that whenever there’s a movement to change the industry, there’s been pushback where folks just want to defend the status quo,” he said.

The amendment and the full bill were both approved unanimously in a committee Thursday over opposition from the industry groups.

One thought on “#ncga: Funeral Home directing made EASY”