The last time we saw Charles Jeter, he had barely escaped a conservative primary challenge.  (The challenge was not surprising.  According to the ACU, Jeter was the most liberal Republican in the North Carolina House.)

After his caucus spent all that money trying to save him, Jeter resigned his seat — declaring that he needed to spend more time with his family.  And, apparently his trucking business — which was being sued for allegedly NOT paying its bills.

We also got plenty of reports that Jeter pretty much screwed the pooch — a/k/a SUCKED — as head of the House’s campaign operation.  He left the caucus in dire financial straits, I am told, at a very crucial time.

So, failure AND disappointment all around.  In most cases, you fade off into the sunset in disgrace with a record like that.  But, no, not in politics.  Failure and disappointments earn you rewards in that game:

He’s a recently departed Republican lawmaker who warned last month that Charlotte can’t expect much from the General Assembly in Raleigh.

And he’s not a lawyer, but he just joined the Charlotte-Mecklenburg Schools legal team.

Hmm.  The decent thing to do would be to use some of our money he’s putting in his pocket to PAY those folks he owes out west.  MORE:

“They need to have a fierce advocate in there,” Jeter said. He believes his two terms as a state representative from Mecklenburg County, which included a state leadership pos 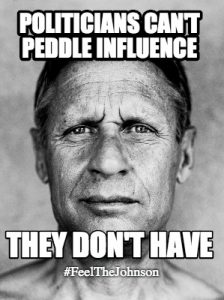 t as House conference chairman, will prepare him well.

[…]He said he also got out of his trucking company and began a search for a job that would tap his passion and skills while paying the bills.

“Got out”? Really?  The secretary of state’s web site says he’s STILL president of that trucking company.  MORE:

On Monday, he showed up to his new office in the Charlotte-Mecklenburg Government Center clutching a red spiral notebook he had borrowed from his daughter. He popped into the meeting chamber downstairs to watch the school board convene for closed-session interviews with superintendent finalists. 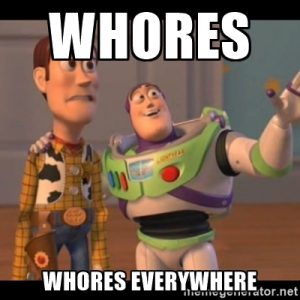 Battle, the general counsel, is the only CMS employee who reports directly to the board, rather than to the superintendent. Regardless, Jeter said the key to keeping his job during a time of transition – next year brings a school board election as well as a new superintendent – will be proving his worth.

“I can assure you the urban areas of North Carolina won’t have more of a voice – they’re going to have less,” Jeter told Observer reporter Jim Morrill. “I sure as hell hope Charlotte doesn’t need anything legislatively. Because they’re not getting it.”

*Wow.  That’s a great way to tout your usefulness to your new employers.* (Actually, I hope he’s RIGHT.)

Remember this, my CharMeck friends, the next time your school board comes up for a vote.

2 thoughts on “#ncga: Charles Jeter lands on his feet — and BACK IN our wallets”