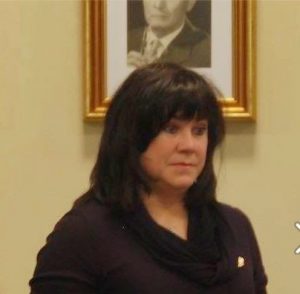 Republican Beverly Boswell captured a very competitive seat from the Democrats last time around.  She ticked off the GOPe and the Left simultaneously.  She’s an outspoken, tell-it-like-it-is conservative. So, all that makes her a marked woman.

Well, another election cycle is approaching.  So, it was about time the hordes geared up for war.

The ACLU of North Carolina and Kitty Hawk resident Craig Merrill have teamed up for a public records suit against Boswell.    Here’s the complaint.

What do they want?  EVERY piece of communication — texts, emails, letters, phone records — between Boswell and her staff and any business or individual in the Sixth House District.

I can see narrowing it down to a specific individual or business.  But EVERYTHING that has ever been communicated to EVERYBODY?  (They even want info from her personal phones and emails — if communication was made on those with constituents.)

Some helpful info:  Merrill is a registered Democrat. Merrill has a clear record as an opponent of senator Bill Cook and Boswell.  He was a passionate defender of the state’s plastic bag ban along the coast.  He also thinks President Trump needs to be prosecuted for obstruction of justice.

THIS is the ACLU helping their Democrat buddies knee-cap a Republican right before an election.  You have to hand it to Boswell.  She’s certainly making ALL the right enemies.