What would you say about someone who bought a piece of property (1) at TWICE the assessed tax value,  (2) that was $100K behind in property taxes, and (3) without having a clear use in mind for the property?

You’d think they were either (a) stupid or (b) up to something shady.

Well, this very scenario has come to fruition in Robeson County.  The county commissioners there bought a building there from a politically-connected family whose business is apparently experiencing some trouble.  The move was allegedly to help the school system — whose old,digs got flooded out in the recent hurricane. But the school system had other relocation plans,  and has no desire to move into the building the commissioners are seeking to buy.

David Edge, the county’s lone Republican commissioner, said he thought the move to buy the property was “a joke.”  His colleagues held the vote during a meeting where they knew Edge would be away on a business trip. In an interview with the local paper, Edge called out his colleagues — suggesting that some of them may have a personal stake in the transaction.

The county school board chairman also tossed her two cents in: 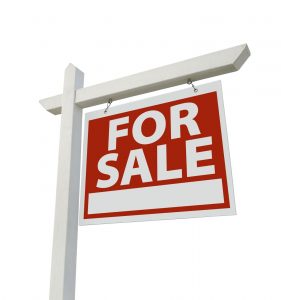 The $6.2 million-dollar question in Robeson County is why do the county commissioners want to buy the Native Angels building? What is the long-term purpose for this building and land? Where did $6.2 million come from? This is the taxpayers’ money; your hard-earned money being wasted with a frivolous purchase that is not needed nor asked for by the Public Schools of Robeson County.

I find it outlandish that the commissioners are suddenly concerned about the public schools being left out in the cold when we had a joint meeting in October with the county commissioners and the Public Schools of Robeson County asked to move into the county’s old administration buildings after they move into the BB&T building; however, it was unapologetically denied.[…]

If this option we proposed was approved by the county, the Public Schools of Robeson County could have saved the money that is currently being used for rent at Native Angels and an alternate site for our Finance Department on UNCPs campus, both in Pembroke.

The Board of Education made it clear to the commissioners that we did not intend on purchasing Native Angels; it is not a suitable space for the new central office. We proposed to purchase a suitable tract of land on N.C. 711 that school board member Craig Lowry found. The commissioners approved the acquisition of land and we have proceeded with the central office-planning phase.

Let’s look back at this past year when money was a huge issue for the commissioners. The school system asked for an additional $3.34 million in funding, but the commissioners did not even discuss or consider the request. Despite our extreme needs, the Public Schools of Robeson County only received $330,000 more in the current budget over the previous year.

The schools’ full request was for $3,340,289.30, which would provide $930,968 to increase teacher supplements by 1 percent; $1.1 million to put a resource officer at every school; and other needs, including equipping 300 school buses and 15 school vehicles with GPS systems.

They say they voted to purchase Native Angels in an attempt to be good stewards of taxpayer dollars, but they continue to fund the system at the second lowest per-pupil rate in North Carolina while the commissioners’ salaries are some of the highest.

It appears they are more concerned with bailing out a business in foreclosure with almost a $100,000 in back taxes owed rather than investing in and improving the quality of public education in Robeson County, recruiting and retaining teachers so we can close the gap in teacher vacancies and pay as well increase the safety of our schools and buses for 23,000 students. […]