Well, they did it. Thumbed their collective noses at those of us 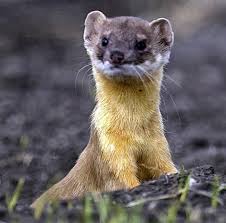 who voted to give them super-majorities in Raleigh. Let’s check in with that buffoon Binky for the sordid details:

[…] But much of the bill, a compromise measure that was rolled out Thursday night, lays the groundwork for “affiliated party committees,” which could be set up by the leaders of the Republicans and Democrats in either chamber of the legislature. Lawmakers would be able to create their own political organs parallel to the main Republican and Democratic party apparatuses.Currently, money raised by the House and Senate caucuses is piped through the Republican and Democratic state parties and reported as part of the party’s overall fundraising.

The bill easily cleared the Senate Thursday morning on a 30-13 vote. But the vote in the House was much closer – 52-49 – as the prospect for a new fundraising apparatus stirred discord among GOP representatives. Republican House members met for hours behind closed doors on Thursday to debate the measure among themselves as they got pressure from outside the legislative building to back off the proposed

“The rationale, frankly, was to improve transparency,” Rep. David Lewis said just before the House took up the bill Thursday afternoon. Reporters and others interested in how the caucus raised and spent its money would no longer have to use accounting codes to sift out the money from voluminous reports filed by the parties.

Oh, bull ca-ca.  As a rule, anything associated with Mr. Lewis is assured to be far from transparent and contain extremely high levels of sneakiness.

THAT quote from Lewis is one of many lies and exaggerations used to sell this travesty. Let’s account for the most egregious:

Involvement in primaries.  Right now, the rules bar state parties and caucus groups from overt involvement in primaries.  Some politicos may see the changes as a good thing (protecting incumbents.) But this legislation allows for the money raised by these committees to be used anyway the leaders want in primary races.  Cross your party leaders, and you may find yourself with a primary challenger loaded with cash provided by one of these new “affiliated committees.”

It’s going to be A LOT harder for some “Mr. Smith Goes To Raleigh”-style amateur to compete with an incumbent now that this legislation has passed.  (On the Democrat side AND Republican side.)

Transparency. This lifts donation limits for individuals and groups.  It MAY allow for the skirting of the rules about donations from lobbyists during session.  It will now be a lot easier for these “affiliated committees” to get involved in primaries and hide from donors what exactly the money will be used for.  The reporting requirements are a lot more lax than current standards.  It will be much easier to fire off checks to these ambiguously-named Independent Expenditure groups to run attack ads and promotional efforts for select incumbents.

It’s protecting money already in separate accounts designated for House and Senate caucuses. (BULL.) I talked with a long-time political warhorse to get some insight on this part.  On the GOP side, all of the money has been dumped into one pot and reported to the state board of elections under the name NC REC.  Citations were made in the records about where the money came from — House or Senate — and certain politicos just made withdrawals from their “cut.” 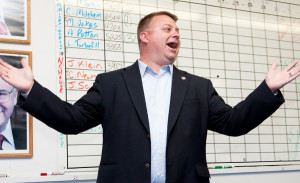 Right now, as it stands, GOP chairman Hassan Harnett COULD say ‘No more dumping all of the consulting money to Paul Shumaker.  We’re opening it up to everyone.’   And there is not a lot Shumaker and his friends could do about it.  (Until NOW.)

I actually had one Jones Street GOP insider justify today’s actions as preventing something similar to what reportedly happened once IN FLORIDA:

“The state party there stole $200,000 from their state House caucus.  We’re just changing the law so that won’t happen here.”

Hassan and Michelle have blown through all of the money.  This legislation was sold to House members as a way to protect party money from the alleged spend-thrift ways of the new NCGOP chairman and vice-chairman.  (I got told — with a straight face — that the party does not have the money to pay its bills for October.)  My old ‘warhorse’ source had a real chuckle about that one:

“The state party has struggled with money for years.  It was easy to cover it up when you had filthy rich guys like Pope and Hayes running the show.  Each month, they would ask ‘How short are we?’ .  They’d get told a number, and then they, or one of their other loaded family members or friends would cut a big check to the party.  It is a real stretch to blame any current financial woes on these two people who just came into office in June.”

I talked with a Democrat source who shared with me an analysis of the legislation provided to their bigwigs via an attorney specializing in election law:

Up to now, party legislative caucuses were a hybrid entity.

It wasn’t clear that they could be treated like a party executive committee. This provision clarifies the ambiguity. The main benefit they get is that they can receive and give contributions from individuals and PACs in any amount. They aren’t limited by the $5,200 contribution limit. They may also receive corporate contributions into a special, limited-use fund called a “political party headquarters building fund.”

Those are the people given the authority to establish the “affiliated party committee.” The ability of the party caucuses to raise money for candidates unfettered by the $5,200 could be seen as a “Declaration of Independence” by the legislative leaders from their State Party Chair and organization.

In the past, sometimes legislative leaders would be at odds with their State Party Chair and would use county party executive committees as a conduit for unlimited fundraising. This provision would make that unnecessary.

Pissed off yet?  Today’s action makes it clear that these weasels — led by David Lewis and Tim Moore — have no respect for those of us who VOTED to give them their majority.  Will we continue to let these people roll over us, BS us, or simply ignore us?  Or will we send them a message loud and clear in March?  (Or even November?)

26 thoughts on “#ncga: A win for The Weasels (A blow to the grassroots)”