If you run into Craven County commissioner Scott Dacey, one of the first things likely to come out of his mouth is how much money he’s raised in his bid to oust Walter Jones from Congress.  Here he is on Facebook: 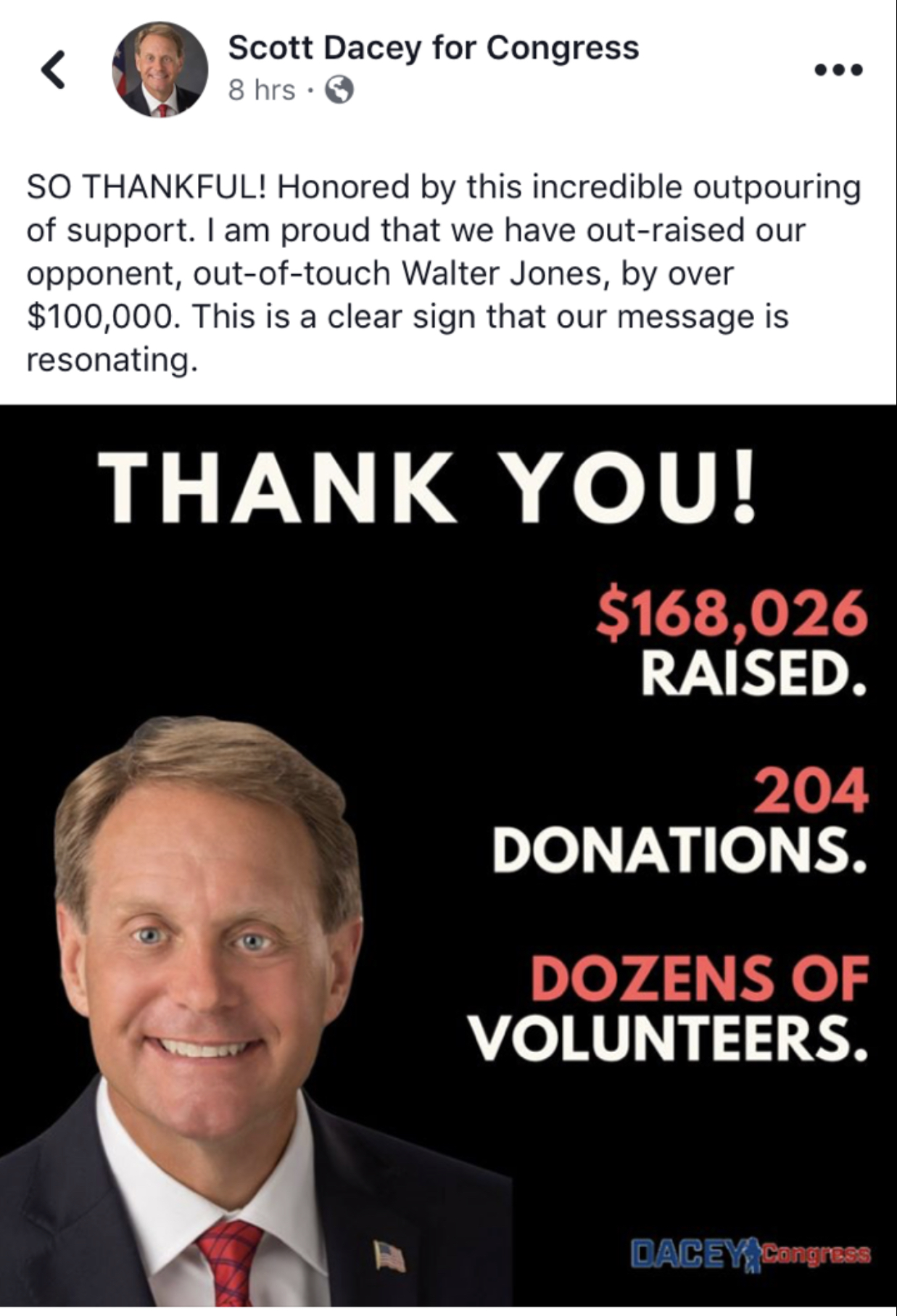 Here’s the link to his report with the FEC.  Being the devoted public servants that we are, we decided to analyze it for you to verify whether the Dacey machine is truly the grassroots juggernaut it is being sold as.  Here we go:

Just for giggles, I compared this to Walter Jones’s campaign report.  Roughly 60 percent of his haul came from within the 3rd congressional district.