Election Day for the Third Congressional District is Tuesday.

But a mishap in Carteret County could play a key role in an election  challenge — should the results on Tuesday be close.

Voters who showed up for early voting  in Carteret County today were met by this sign: 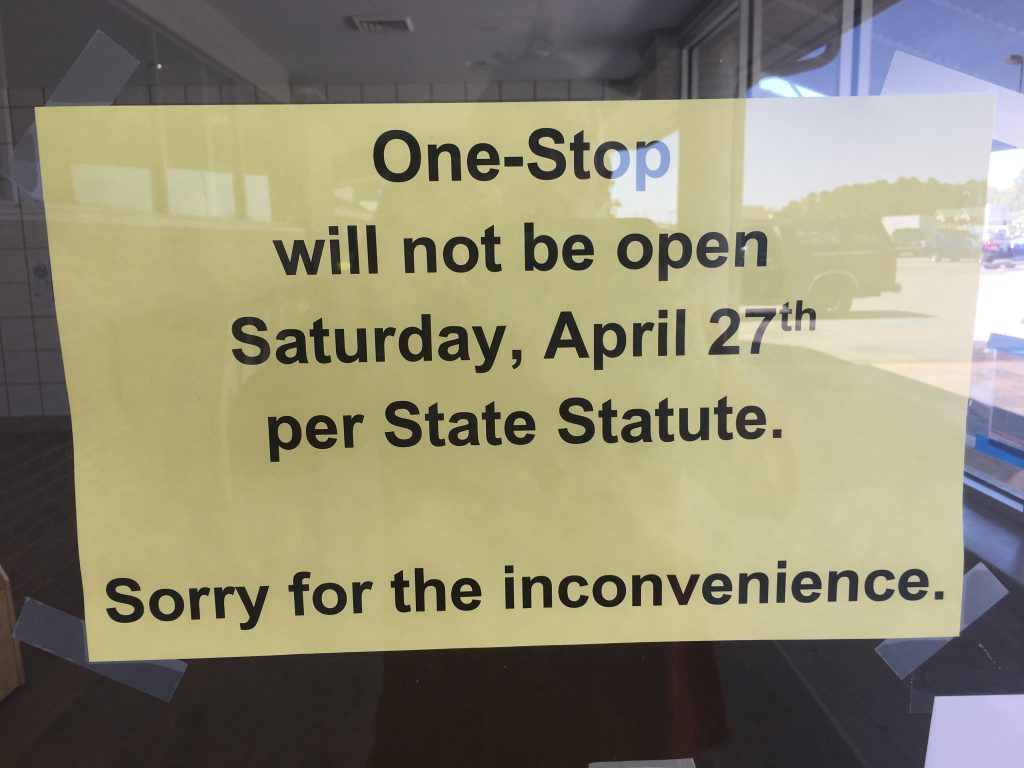 The problem? Check out what Carteret County was advertising as late as this morning:

Better, yet.  Check out the Carteret GOP Facebook page: 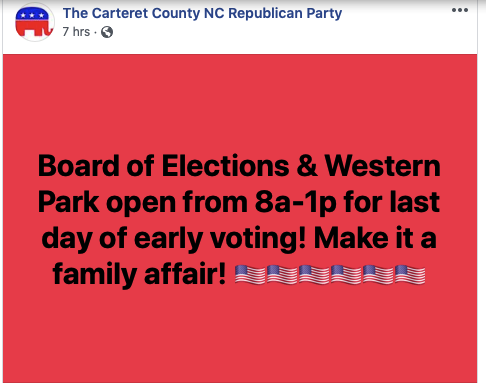 Sources on the ground in Carteret tell us the county board of elections was telling callers and in-person inquirers — as late as Friday afternoon —  that, indeed, Saturday voting would take place.

We heard from one frustrated voter who claimed he had planned to vote early on Saturday because he worked all week.  (He said he will be out of town for work on Tuesday.  And it is too late to ask for an absentee ballot.)  He couldn’t possibly be the only one in this kind of predicament.

It will be interesting to hear from Teflon Kim and the gang at the state board of elections in Raleigh about this.    They’ve just disposed of the first election in the Ninth Congressional District.  Now, there’s this mess in the Third.