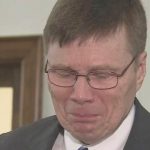 Barack Obama and Hillary Clinton would be proud of the tactics being utilized by Moore County superintendent Bob Grimesey and his subsidized six-figure salaried bureaucratic army during this year’s budget talks with the Moore County commissioners.  Teachers and students are being hauled out to civic meetings all over the county to weep and moan on cue about how they will: (1) die, (2) face certain economic ruin, or (3) shrivel up and disintegrate if the county commissioners do not jack up property taxes on the residents of Moore County.

The school system was orchestrating this kind of thing well before Dr. Bob showed up.  EVERY YEAR, the edu-crats would moan to the local paper about how the county was starving the school system.  The commissioners, led then by Nick Picerno, would come back with hard numbers showing the county providing more funding to the schools than required by the state.  The numbers would also show it was at a higher rate than most other counties.  The actual numbers would show the school system was frequently being over-funded by MILLIONS while its leaders were hollering about being short-changed.

Well, Dr. Bob has inserted the kind of community organizing hysteria into this debate that made Barack Obama famous.  Never mind transparency and hard numbers. When things get tough,  Dr. Bob calls out a small but vocal band of loud women I like to call “The Screaming Mommies.”

Suggest that the edu-crats who run the schools are behaving irresponsibly with our money?  The Screaming Mommies will accuse you of harming our kids. 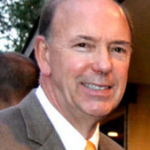 e school system is less than transparent in its dealings with the public?  *You, sir or madam, are hurting our kids. *

Commissioner Frank Quis dared to suggest that school administrators used state funding for class size reduction for things other than class size reduction.  He probably heard about that through research like this.  Well, the “Screaming Mommies” weren’t having any of this factual stuff.  They, aided by our failing local newspaper, are on the warpath for a property tax increase. And they aren’t about to let something stupid like facts and true events to get in their way.

Political gadfly JD Zumwalt has sensed an opportunity and has jumped into this fray on the side of “The Screaming Mommies” and the edu-crats.  Zumwalt narrowly lost to NC Rep. Jamie Boles last year in the GOP primary.  Apparently, he doesn’t realize that much of his success was attributable to (1) a lack of enthusiasm for Boles, and (2) the political influence of his then-campaign manager Nick Picerno.

Zumwalt, in recent months, has shown a real disconnect between his brain and his mouth.  He’s publicly taken the statist, edu-crat position on things like charter schools and now school funding.  (He went on social media to beat up Quis for actually making a good point on this subject. Of course, our failing, money-bleeding local paper reprinted every word.)

Positioning yourself to the left in a bright-red county is not exactly a brilliant strategy for future political success.  This site supported Zumwalt’s run against Boles in 2016.  If he keeps going with this leftward swerve, we might have to sit on our hands for his 2018 rematch with Boles.

The county commissioners can break this stalemate quite easily.  Force the Barack Obama disciple currently running the school board office, and his staff, to actually open up their books.  Perform an audit.  Show where the money has actually been spent. Prove to us that you’re not actually stashing away a few million, while threatening to fire teachers and cut programs for kids.  It’s the very least that Barack Obama disciple Bob Grimesey can do for us.

It IS our money. We deserve to be told truthfully what exactly is being done with it.