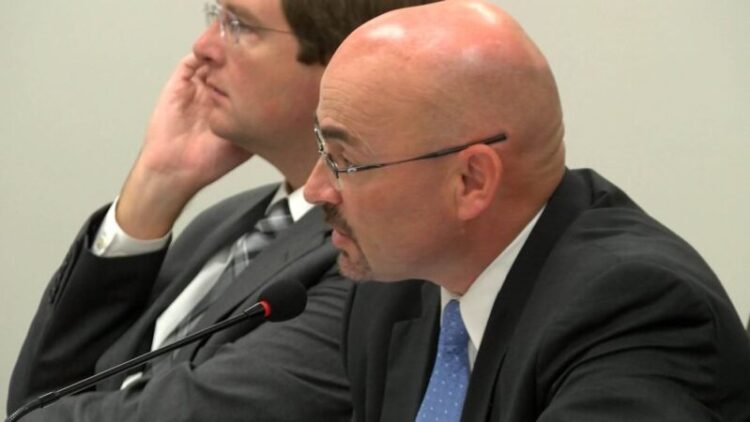 The hubbub following the 2018 congressional election in NC-09 is now starting to look more like a ruse by a bipartisan cabal unhappy with the election results than a serious offensive against election fraud.  Wild allegations were tossed around, and the drive-by media (all except Nick Ochsner) dutifully took dictation.

We got word this week that Republican Mark Harris would not be facing ANY criminal charges related to the allegations surrounding the 2018 election.  Harris operative McRae Dowless is STILL hanging out there.  But a recent report from Ochsner suggests that former state elections board chairman — and former UNCP chief counsel — Josh Malcolm (D) may now be facing some scrutiny related to the 2018 vote in. the 9th congressional district:

[…] Records related to the NCSBE investigation remain the subject of a lawsuit brought by WBTV against UNC-Pembroke and, specifically, the records of Josh Malcolm.

Malcolm was the vice chairman of the NCSBE when he made the motion at a November 27 board meeting to not certify the NC-9 race.

WBTV requested Malcolm’s phone records, emails, calendar entries and other communication records from UNC-P, where Malcolm was employed, in January 2019. No records were produced in response to the request until November 2019, after the lawsuit was filed.

Even then, the university withheld a number of records at the request of the NCSBE, which has not asserted a legal justification for their ability to block the release of the records.

University officials have refused to provide details of what happened to Malcolm’s university-issued cell phone—the only phone he used for personal and business purposes—despite multiple requests from WBTV and the station’s lawyers as part of the lawsuit. It is not clear whether text messages Malcolm sent and received using the phone can be recovered.

Phone records produced as part of the lawsuit show Malcolm, a Democrat who lives in Robeson County, which is part of NC-9, had regular contact with McCready in September and November 2018.

A judge denied two requests from lawyers for UNC-P and the UNC system to throw the lawsuit out in March.

He also ordered an independent examiner to review more than 100 pages of records withheld by the state. Lawyers for UNC-P have challenged the judge’s authority to order such a review and have asked the case be put on hold, which could further delay proceedings if granted.

One thought on “Mark Harris is cleared, but ARE Josh Malcolm and state elections officials?”