Well, things are beginning to look a little better.  Dr. Bob Grimesey is back in the superintendent’s office. 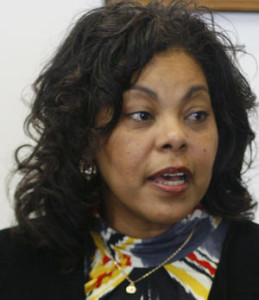 Four of the five troublemakers / coup plotters have resigned from the school board.

Then, we get to the appointment of interim members.  Pam Thompson was appointed this week to fill one of the two at-large vacancies on the board. Thompson is a Democrat who lost a race for the board in 2014.  She served ONE TERM on the board from 2006-2010.

Here at the DH, we’ve got two problems with this appointment:

“I’ve put a great deal of thought into this emergency recommendation, and these are the traits I would like to see,” he said. “(We need someone) who has true passion for students and staff, someone who makes their own decisions, and someone the community could accept as an interim board member.

“The new board member should be a woman, because we have only one woman after Becky’s resignation becomes effective. A member of a minority group, because our board needs to diversify. Someone with strong ties to Sandhills Community College … and someone with school experience. I nominate Pam Thompson.” […]

Why not someone with kids who — currently or in recent history — has had kids in the school system itself?  Why not someone who can bring solid organizational management experience from the private sector to the bureaucratic public school nightmare?

I am not a big fan of making choices based on characteristics someone was born with.  I am more interested — like Dr. King — in the content of someone’s character.  Their take on the issues that they will be dealing with in elected office.

Less than a year ago, Pam Thompson was resoundingly rejected by the voters of Moore County.  Public reports indicate at least 43 residents interested in filling board vacancies. Was THIS really the best choice?

4 thoughts on “Making the Moore County School Board mess WORSE?”