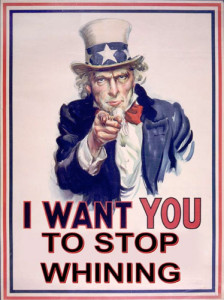 The editorial page of our multiple Hershel Walker Peace & Justice Award-winning local newspaper is apparently NOT a big fan of amendments to the North Carolina Constitution:

The Republicans in control of the N.C. General Assembly are trying to clutter up the state’s constitution with an amendment that would forever forbid requiring anyone to join a labor union as a prerequisite to getting a job.

But that pretty much amounts to shooting an already dead horse – and just to put on a political show.

Really?  Moore County is a majority Republican county.  How would you guys in the newsroom and your veteran Democrat donor owners like it if we automatically deducted, ahem, “membership dues” to the local GOP from your paychecks each month — just like the Democrat mouthpiece NCAE does to our state’s public school teachers?

(OH, by the way, the state Constitution has been amended 20 times  in the last 40 years.  So, proposing amendments is NOT that radical of a concept.) Read ON:

As it happens, North Carolina is – and has long been, and with good reason – among the many states in the union that already have “right-to-work” laws on the books, which we wholeheartedly endorse. In other words, it is already the case that no one here can require an applicant to join a union as a condition of employment.

Ahem.  Dues are forcibly deducted from every North Carolina public school teacher’s paycheck.  So, you are a member of the NCAE whether you like it or not.  If you are a conservative teacher, and you are forced to contribute to a group that blindly promotes Democrats and their policies, you are S-O-L.

Furthermore, statistics show that North Carolina is already the least unionized of the 50 states, with a tiny 2.9 percent of its work force belonging to labor organizations. And many if not most of those that do belong to railroad and airline unions and thus don’t fall under such laws anyway.

This comes on the heels of another classic example of politically tinged redundancy. Amendment One, handily approved by voters last year, outlawed same-sex marriages within the bounds of the Old North State.

The only problem with that one, there again, is that gay marriages were already barred by existing state law. What the amendment mainly accomplished – at least until such time as voters may decide to repeal it someday – was to shackle future generations to present-day beliefs.

Actually, rational people are forced to implement these amendments thanks to creative lefty jurisprudence.  Whether it’s finding a “right to choose abortion” in the Fourth Amendment protections against unreasonable search and seizure, or “viewpoint discrimination” in the issuance of “Choose Life” license tags or the attempt to stop the NCAE from confiscating dues from teachers, lefty lawyers and their comrades in black robes on the bench are making a mockery of our democratic process, ignoring the will of the people, and disrespecting our founding, governing documents.  It’s really hard to get creative when there are words in The Constitution specifically prohibiting you from DOING IT.

Lefties like our local editorial writers hate these constitutional amendments because they make it really hard to creatively legislate an agenda from the bench that could not achieve a mandate  in the legislative arena or  at the ballot box.