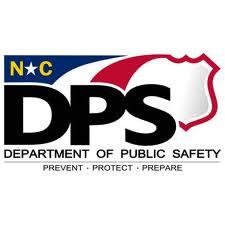 I saw a rather unusual sight today as I was passing through the big city of Raeford in Hoke County.  A team of about a dozen prison inmates was working alongside the road picking up trash. There were signs that said “Caution! Inmates Working” and there was a state van with a trailer loaded with equipment.  What was so unusual?  There was no corrections officer — armed or otherwise — in sight!

I’ve known about self-service gas stations and checkouts — but this was A NEW ONE.  Is this standard practice to (1) send a group of inmates out into town (2) with a state vehicle (3) and a trailer loaded with state property (4) without ANY supervision whatsoever by corrections officers? How do you guarantee everyone is going to (1) behave while they are out in public or (2) come back to jail when the work is done?    (To the inmates’ credit, there were a lot of full trash bags — suggesting that some work HAD been done.)

This is quite a departure from the life depicted in movies like “Cool Hand Luke.”    What is the point of prison if inmates are allowed to come and go from the prison facility unsupervised?

I did get a chance to talk about this with someone who is — let’s say — “familiar”  with the inner workings of the state prison system.  He tells me that inmates wearing green uniforms (and these guys were wearing green) are called “honor grade.”  He tells me that means the prisoners have established a record of good conduct that earns them less scrutiny and security than other inmates.  My source says that guards will typically drive the inmates out to a work site, but sit in the van while they work.  (There did not appear to be anyone in the van.  Again, I did not see anyone that looked like a corrections officer within sight.)

One thought on “Self-service imprisonment?”