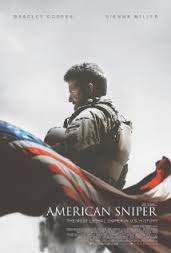 Clint Eastwood’s ‘American Sniper’ is breaking all kinds of records at the box office, and it’s driving the Left b@tsh!t crazy.

A pair of Hollywood scumbags — one of whom recently made headlines for allegedly being courageous for starring in a movie hated by North Korea — has come out mocking the film and its main character. ( ‘American Sniper; is a true story based on the life of Navy SEAL sniper Chris Kyle who recorded the most kills ever in the US military. Kyle came home from the Middle East conflict only to be murdered by a vet suffering from PTSD.)  One of those Hollywood dirtbags even suggested  Kyle was a ‘coward.’

I live next door to Fort Bragg in a community filled with a lot of Special Forces operators and their families.  I know some of those guys who work as snipers. Trust me — those sniper guys are individuals I definitely would not want to tangle with. They are the furthest thing from ‘cowards.’

Slander against the military hits a raw nerve with me.  I am the son of a retired career Army officer.  I’ve had scores of friends, acquaintances, and FAMILY who have served our country proudly in uniform.  When you smear the military with a broad brush — comparing them to Nazis or other criminals — you’re talking about a lot of people I think a lot of.

The drive-by media is full of whining about how ‘American Sniper’ ”glorifies killing.”  Really?  Hollywood and the drive-bys didn’t seem to mind gushing over Charlize Theron’s 2003 portrayal of lesbian, drug-addled convicted serial killer Aileen Wuornos.    They also heaped praise on “Silence of The Lambs.”  That film — and its flesh-eating central character — got two sequels, a bunch of Oscars,  and a weekly show on NBC. 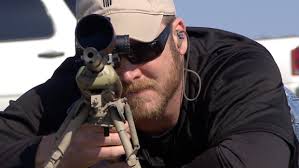 Let’s not forget The Sopranos, which not only “glorified killing” but also gambling, extortion, arson, drug use, adultery, torture, profanity, and obstructing justice, among other things.  And then there was ‘Dexter’, the story of a serial killer who enjoyed killing off his competition in the serial killer community.

The alleged glorification of violence is not the real issue here.  The real problem Hollywood and drive-by leftists have here is that the movie portrays American soldiers as heroic and human.  I haven’t seen the movie yet, but I have seen several trailers.  There is one scene where the actor playing Kyle debates whether to shoot a woman cloaked in traditional Muslim garb who may or may not have explosives strapped to her body.  Another scene I saw has the Kyle character pleading with a child in a battlezone NOT to pick up a rocket launcher.  Not exactly the signs of a heartless, emotionless, unfeeling killer.

Until the late 60s and early 70s, it was quite typical to see members of our military portrayed respectfully in TV and movies.  John Wayne and Steve McQueen and a number of others put out some great performances. 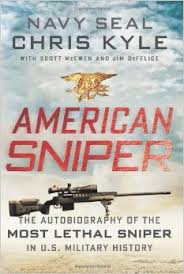 Since then, you rarely see a soldier or sailor portrayed as anything other than a drunk, dope fiend, liar, bully, or killer.  When a movie comes out that goes against that trend, the Left’s claws come out.  Case in point:  The 1982 release of ”Who Dares Wins” a/k/a “The Final Option.”  This was a British movie portraying the heroics of the elite British SAS — the elite counterterrorism military unit.  The villains in the movie were far-left terrorists — financed by the Soviet KGB — posing as no nukes, anti-war environmentalist peaceniks.

Try finding a copy of that movie now.  I stumbled across it in a Blockbuster video store in DC in the early 90s.  It was briefly on Netflix in 2012.  The odds of finding a pot of gold at the end of a rainbow are better than finding a full copy of that movie nowadays.  It makes soldiers look like heroes.  It shows that bad guys CAN be left-wingers. So — in the eyes of the free-speech and open-mindedness crowd — it can’t be seen.

Eastwood came out with another great military movie in 1986 called “Heartbreak Ridge.” It portrayed Marines as human and heroic.  And it got mocked by the critics. In 2012, a couple of former Navy SEALS produced a great film called ‘Act of Valor,‘ meant as a tribute to their comrades in special operations.  The movie included current SEALS as some of the primary actors.  Of course, the film got torn a new one by the critics.

Stop rewarding these people by shelling out your money for their anti-American left wing crap.  When stuff like Act of Valor or American Sniper comes along, go see it.  Take family and friends. Go two or three times.  Download it when it hits the Internet.  Buy the video or DVD when it comes out. Money talks.  They may be leftists out in Hollywood — but they understand the power of the dollar.  Reward stuff that respects you and your country.  Starve that anti-American socialist crap.

You may laugh and dismiss all of this as just about movies.  These people are driving and defining American culture.  The stuff they are peddling shapes public attitudes and ends up defining American public policy. If you’re serious about taking back our country, one of the first places to start is our culture.