I guess it is all in the eye of the B.S. artist.  In an earlier post, we raised questions about a $5000 payment from NCGOP headquarters to the campaign of state Rep. Kelly Hastings, while he was in the midst of a heated primary.

The controversy now has two of the NCGOP’s intellectual giants, Dallas Woodhouse and Kelly Hastings, at odds.

In the comment section of that previous post, the NCGOP executive director claimed that the payment was really nothing more than the refund of money that Hastings had parked in the state party treasury.  A refund, if you will.

That alleged refund of $5000 was documented on the state party’s campaign finance report as having occurred on January 16. 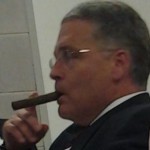 However, the Hastings campaign classified that same $5000 on its finance report as a “Party Contribution” received on January 25.