In the wake of an audit that found ineligible voters casting votes in the state’s 2016 elections, an advocacy group called Judicial Watch is stepping forward with a pretty serious demand for state elections officials:

We write to bring your attention to violations of Section 8 of the National Voter Registration Act (“NVRA”) in North Carolina. From public records obtained, fifteen (15) counties in North Carolina have more total registered voters than adult citizens over the age of 18 living in that county as calculated by the U.S. Census Bureau’s 2011-2015 American Community Survey. This is strong circumstantial evidence that these North Carolina counties are not conducting reasonable voter registration record maintenance as mandated under the NVRA. […] 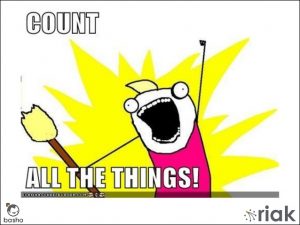 This letter serves as statutory notice that Judicial Watch will bring a lawsuit against your office if you do not take specific actions to correct these violations of Section 8 within 90 days. In addition, by this letter we are asking you to produce certain records to us which you are required to make available under Section 8(i) of the NVRA. We hope that litigation will not be necessary to enforce either of these claims.

Based on our review of 2014 Election Assistance Commission (EAC) data, the 2011- 2015 U.S. Census Bureau’s American Community Survey, and the November 2014 and November 2016 North Carolina 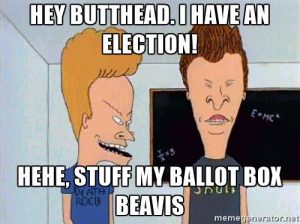 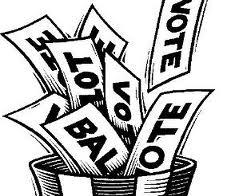 The situation in North Carolina has, if anything, gotten worse since the publication of that report. A comparison of the November 2016 total voter registration records of these 15 counties obtained frm your website with the 2011-2015 U.S. Census Bureau’s American Community Survey data shows that this t
Further, 14 of the 15 counties still have more total voter registrants than citizens eligible to vote, even accounting for the U.S. Census Bureau’s margin of error. Your failure to maintain accurate, up-to-date voter registration lists has created the risk that the 2018 federal elections will lack the integrity required by federal law and by the expectations of North Carolina’s citizens, and will therefore undermine public confidence in the electoral process.

[…]We hope our concerns can be resolved amicably. However, if we believe you do not intend to correct the above-identified problems, a federal lawsuit seeking declaratory and injunctive relief against you may be necessary. We look forward to receiving your prompt response.

Judicial Watch is no joke.  They gave the Clintons fits, and really annoyed the Obamas.  (*Stay tuned.  This could be fun.*)

7 thoughts on “Judicial Watch to NC: Clean up your voter records or be SUED!”