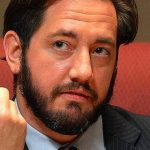 The first instinct of most politicians is to grovel and pander to voters — especially those with BIG bank accounts.  THAT is not the case with Mecklenburg County commissioner Matthew Ridenhour (R).  You see, one of the billionaire families behind NASCAR apparently wants some government help in bringing major league soccer (BARF!) to the Charlotte area.

The family went before the county commissioners, and Mr. Ridenhour was not impressed.  Here he is getting heckled on Facebook for his skepticism about the deal: 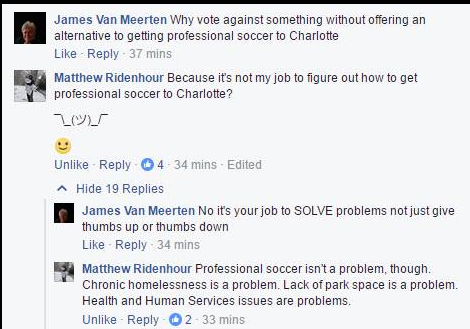