A ruling Thursday by the 6th US Circuit Court of Appeals on gay marriage restrictions in Ohio, Tennesee, Michigan, and Kentucky could open the door to a US Supreme Court review and offer some hope for advocates of traditional marriage.

On October 10, an Obama appointed federal judge in Asheville declared the marriage amendment to the North Carolina constitution unconstitutional.  A main point in his argument was that no other courts had upheld similar laws. Supreme Court justice Ruth Bader Ginsburg had made a similar argument when the high court had refused to hear challenges to the overturn efforts.

Well, Thursday’s ruling — declaring that states DO have the right to make their own rules regarding things like marriage — throws a real monkey wrench into leftist efforts to thwart the will of the people via black-robed gavel-banging  fellow travelers. 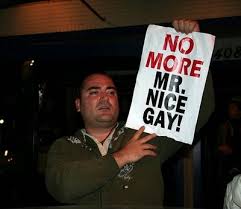 Of importance, the Sixth Circuit ruling relied on principles of federalism and judicial restraint. The court noted: ‘Not one of the plaintiffs’ theories, however, makes the case for constitutionalizing the definition of marriage and for removing the issue from the place it has been since the founding: in the hands of the state voters.’

The Sixth Circuit’s ruling recognized that this is an issue for the states to decide through the political process, explicitly rejecting the judicial activism shown in other courts on the issue: ‘Of all the ways to resolve this question, one option is not available: a poll of the three judges on this panel, or for that matter all federal judges, about whether gay marriage is a good idea. Our judicial commissions did not come with such a sweeping grant of authority, one that would allow just three of us- just two of us in truth- to make such a vital policy call for the thirty-two million citizens who live within the four States of the Sixth Circuit.’

Those of us who stand for the people and their vote can hope that the Supreme Court of the United States will follow the Sixth Circuit’s lead.”

”What? Over? Did you say “over”? Nothing is over until we decide it is! Was it over when the Germans bombed Pearl Harbor? Hell no!

And it ain’t over now. ‘Cause when the goin’ gets tough…The tough get goin’! Who’s with me? Let’s go!”

5 thoughts on “Is the honeymoon OVER for Adam & Steve?”