One of Donald Trump’s key issues this year has been abolishing the death tax.  Republicans in DC have paid this lip service before.  Democrats attack the idea as a cozy gift for Park Avenue and Beverly Hills. Actually, it crushes the dreams of a lot of families trying to pass on the fruits of their labor to the next generation:

Donald Trump wants to completely repeal the federal estate tax. Hillary Clinton wants to raise it in two key ways. On this issue, their views could not be more opposite. Whether you call it an estate tax, a death tax, or a tax on accumulated wealth, it is controversial. It is entirely distinct from income tax. You pay income tax as you earn, but whatever you have left at your death, might be taxed again.

Presently, estates worth $5.45 million or less are exempt from federal estate tax. Beyond that dollar limit, the estate tax kicks in, generally requiring you to pay a tax of 40%. Clinton wants to raise that 40% tax rate to 45%. She also thinks the $5.45 million exemption threshold is too high. She would cut it materially so that more people have to pay estate tax, dropping the exemption amount from $5.45 million to $3.5 million.

Those brackets already trap a lot of family farms, and mom-n’-pop enterprises ranging from retail to restaurant.  It’s actually quite easy to amass $3.6 million in

equity in ONE location of a family-owned restaurant.  The law already makes it tough to keep a small business local and in the founding family’s hands.  It makes it a given that the business will be sold, swallowed up, and replaced by some impersonal big-box monolith. MORE:

[…] In contrast, Trump wants to repeal the estate tax entirely. Some of this is about revenue, but it is also about emotions and fairness, concepts that are hard to define. Proponents of the estate tax argue that it helps to stop wealthy people from getting even wealthier, generation after generation. They see the estate tax as helping to curtail dynasties, keeping them from growing unchecked. But given that income taxes must be paid on earnings that eventually make up the estate’s value, opponents claim that the tax is a true double tax having no place in America. As Trump put it on August 8, 2016 in Detroit:

No family will have to pay the death tax. American workers have paid taxes their whole lives. It’s just plain wrong and most people agree with that. We will repeal it.”

Most estate planning lawyers will say that the really big estates can find ways around most of the rules to at least materially reduce their impact.[…]

That’s the biggest disgrace of all — a system that rewards you for having the most ruthless — and most plentiful — lawyers, accountants and politicians in your pocket.

[…] Besides, the notion that the federal estate tax is even going to significantly curtail the accumulation of wealth may be a little naive. What the estate tax succeeds at doing, though, is catching many people unawares after they have worked and paid income tax their whole life. Estate taxes can force sales of family companies, and sales of family farms and ranches. A sale to pay taxes can be a bitter pill to swallow after the already difficult time that the death of a family patriarch or matriarch can be.

You can read here how Clinton would slash the estate tax exemption to $3.5 million, and raise the tax rate to 45%. Clinton is pushing, and many Democrats could go even farther in their wealth redistribution efforts. President Obama has argued that allowing a basis step up on death–for income tax purposes–is a huge loophole. He proposed no basis step up, hoping to raise approximately $200 billion over the next decade. When combined with state estate taxes, President Obama’s proposal would yield the highest estate tax rate in the world. Small and family businesses could be particularly hard hit.

Already, it is hard for many family-owned businesses to stay afloat after the death of a key figure. Not all of the reasons are managerial. Many are financial, and taxes can force a sale. With no step up, we could have the world’s highest estate tax rate. Some have calculated an effective death tax rate of 57%. Then, if you add in state inheritance taxes, the combined tax rate could go as high as 68%.

While Hillary Clinton goes on the warpath against families that have worked hard to achieve financial success, she and her lecherous husband are far from p

racticing what they preach regarding the end-products of their grifting.  Here’s the leftist Nation:

[…] Hillary, lest we forget, joined the board of directors of the the Clinton Foundation, the family charity, in 2013. She resigned in April 2015 to run for president. Now, keeping it in the family, her husband, Bill, and her daughter, Chelsea, remain standing members of the board. Spawned from the William J. Clinton Foundation, founded in 1997, the charity has raised $2 billion, has about 2,000 employees (including at times members of Hillary’s political team), and boasts an annual budget of $223 million.

Like many gilt-edged couples, Hillary and Bill Clinton have themselves utilized onshore and offshore tax loopholes. In 2010, they used a common tax-dodging technique by placing their multimillion-dollar home in Chappaqua, New York, in a “residence trust.” After he left office, Bill spent five years as an “adviser” to billionaire (now ex-pal) Ron Burkle’s investment fund, Yucaipa Global, which had funds registered in the Cayman Islands and Dubai. That alliance netted Bill at least $15 million. […]

Hillary’s bedrock thinking on money flowing out of the US and into the offshore world can best be seen in her support for the 2012 US-Panama Trade Promotion Agreement when she was secretary of state. The agreement removed “barriers to US services, including financial services,” which actually simplified the process of squirreling money away in or through Panama by allowing it to flow freely into that country. 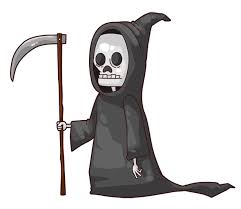 The Clinton Foundation inhales donations from people using tax havens (including Panama). Although Hillary denounced Mossack Fonseca’s dealings on cue after the Panama Papers story broke, a number of individuals and multinationals that have contributed to the foundation used MF to establish offshore accounts, according to McClatchy. These include Canadian mining billionaire Frank Giustra who features in the foundation’s $25 million top-tier donor bracket, and two firms tied to Ng Lap Seng, the Chinese billionaire implicated in a major donor scandal involving the Clintons and the Democratic National Committee.

Similarly, in a speech she gave at the New School in July 2015, Hillary highlighted the “criminal behavior” of global bank HSBC. In 2012, the behemoth financial institution agreed to a record $1.92 billion settlement with the Department of Justice and the Treasury Department for enabling drug cartel money laundering and violating US sanctions by conducting transactions for customers in Iran, Libya, Sudan, and Burma. She vowed, “On my watch, it will change.”

The Panama Papers are but one conflicted instance in which Hillary’s stated beliefs, her actions, and the generosity of her friends and acquaintances came together in a contradictory fashion. The evidence suggests that tax dodgers will, in fact, be able to breathe a sigh of relief if she becomes president. Her actions are likely to—if you’ll excuse the expression—trump her words when it comes to curtailing the behavior of offshore scofflaws in significant ways […]

Yep.  The class warfare talk goes out the window if you throw big dollars at her and Bill.

6 thoughts on “Hillary, Death and Taxes”