The day after we celebrated Martin Luther King’s birthday, this happened: 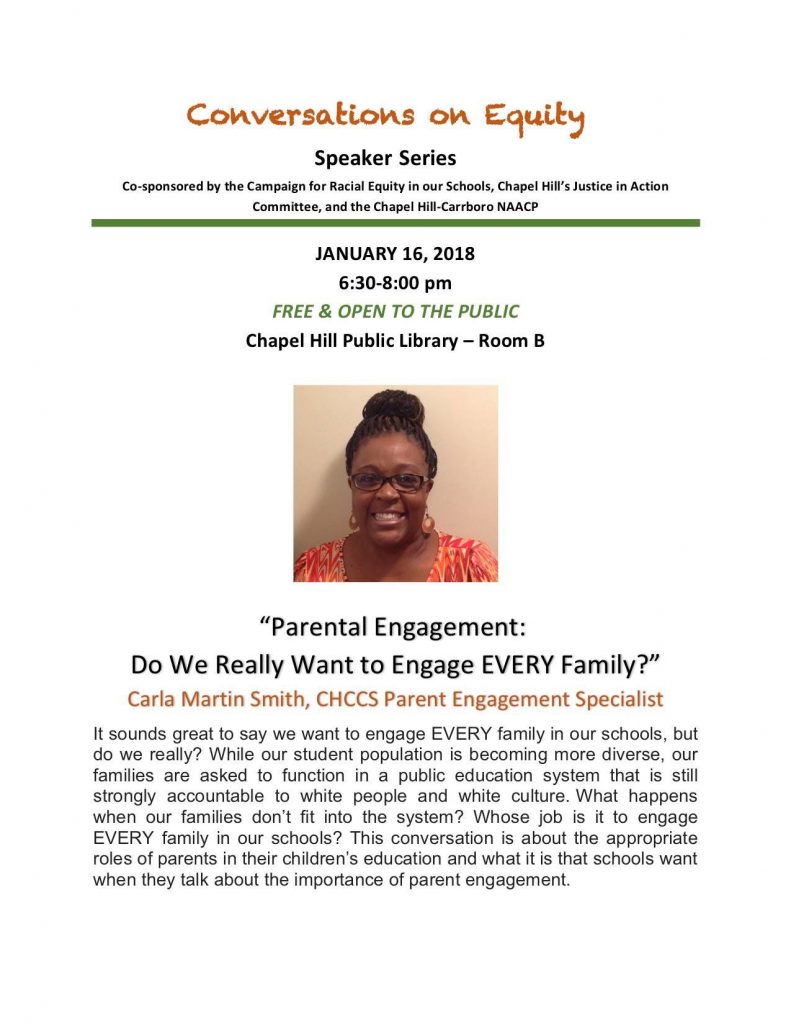 Yep.  This is sponsored by the Chapel Hill-Carrboro Schools.  The speaker is something called a “Parent Engagement Specialist.” As you can see, her thesis is that the public schools have a problem because they are “strongly accountable to white people and white culture.”

White culture?  Can ANYBODY actually tell me what THAT is?

State Rep. Graig Meyer and I are both middle-aged white guys living in North Carolina.  THAT is about all we have in common.  Remember, he is the guy who is ashamed of being white. (I, for one, AM what I AM.)

Graig’s comrades likely perceive me as a bigot while he is a great civil rights champion — a post-racial kind of guy.   But then he goes and does something like this:

*Screw the fact that they’re getting results while working amidst a crappy, money-bleeding nightmarish leviathan,eh?

Adjusting outcomes for the sake of “acceptable” demographic representation does a huge disservice to the populations allegedly being helped.  Rewarding people for their hard work and achievements –and evaluating them on  the content of their character — IS the American way.  Why not just congratulate those teachers — without being a SJW weenie?

Don’t let liberals fool you.  They do not want white people, black people, and brown people to get along and work together in harmony.  They want you feeling guilty — like Graig — and compliant toward more regulations and taxes to facilitate the statist heavy-handedness they so adore.